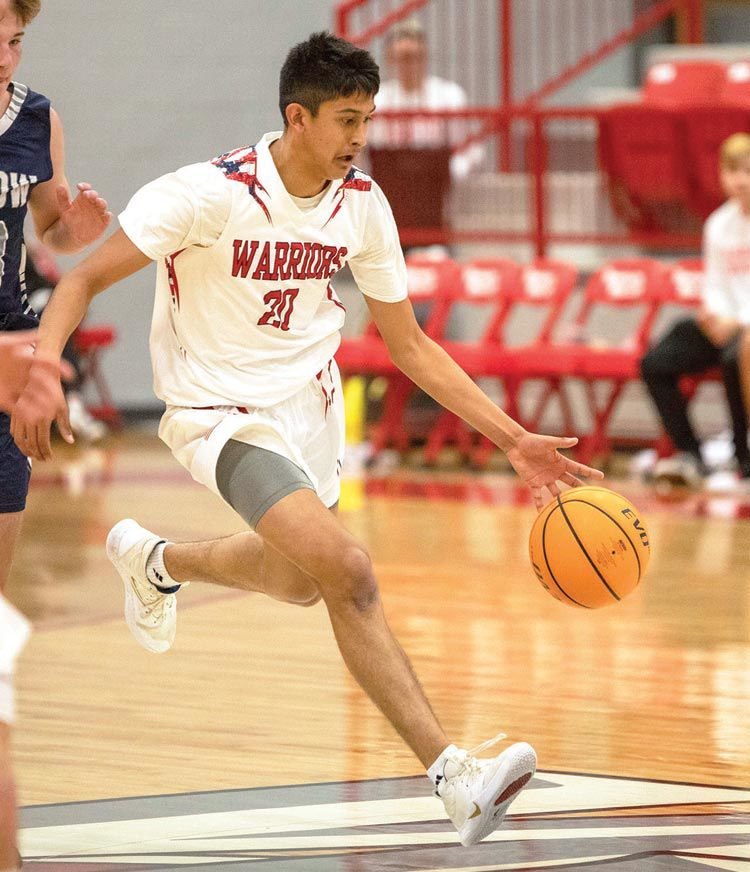 Hector Quinonez hustles the ball down the floor for Washington. The Warriors open the State Playoffs Friday and host Star Spencer. The girls tip off at 6 p.m. and the boys play at 8 p.m. 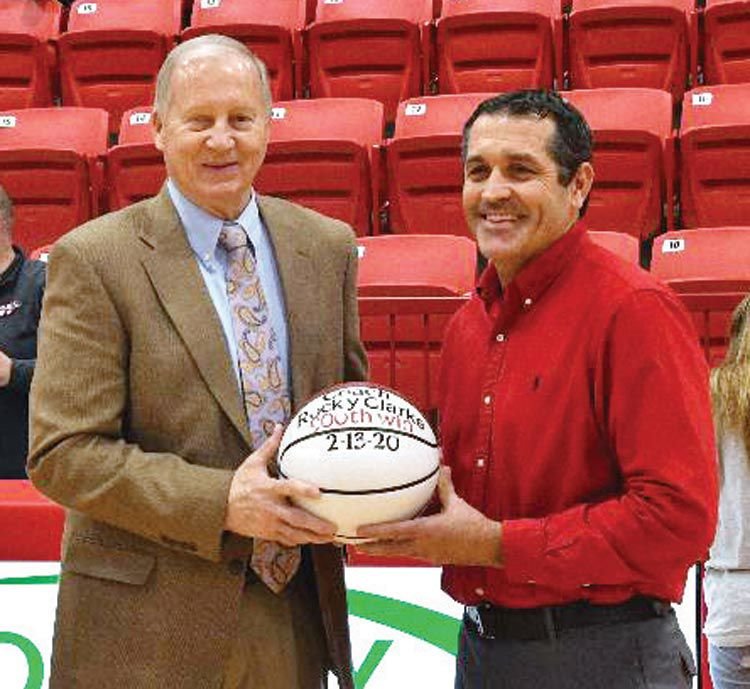 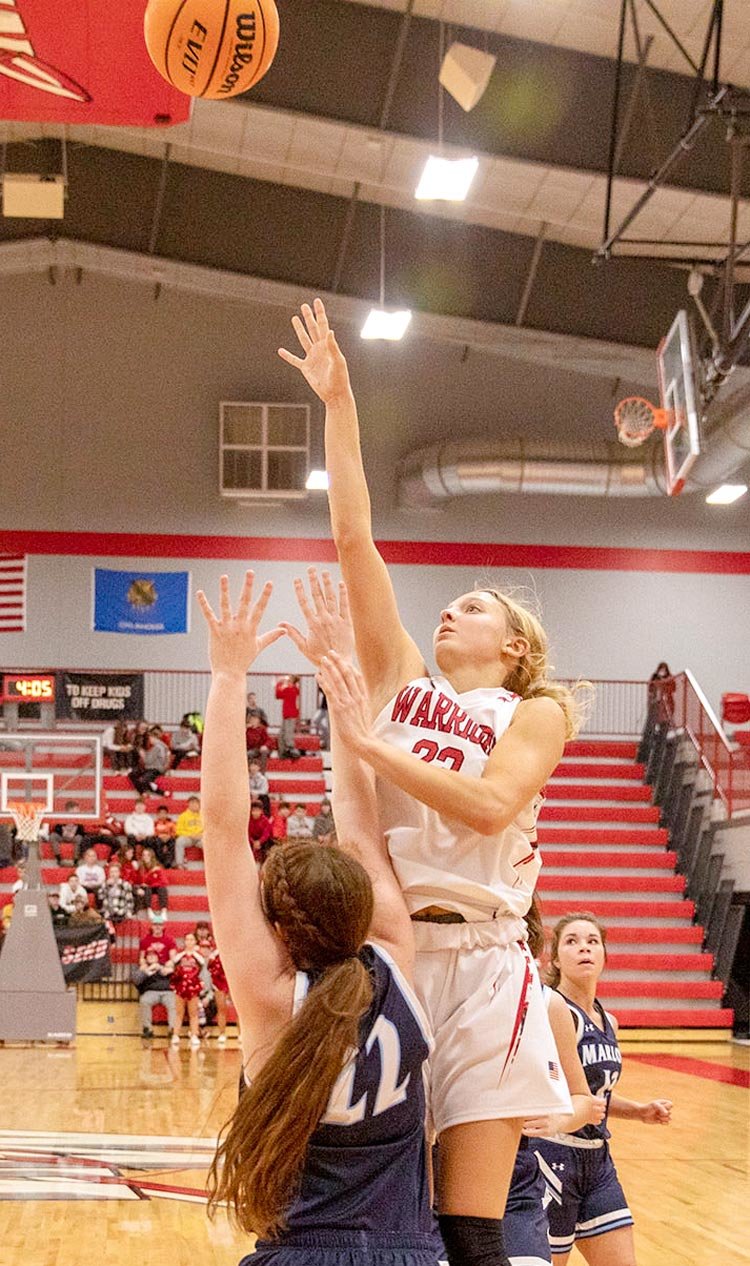 Washington defeated Bridge Creek and Davis last week to end the regular season on a high note before turning their attention to the Playoffs.

They started the week by beating Bridge Creek 56-36, avenging a 51-45 loss earlier in the season.

“We were able to keep our lead this time,” said Washington Head Coach TJ Scholz – referring the blown lead in the previous game between the two schools. “Hector (Quinonez) got hot with three pointers in the third quarter and we separated with a bigger lead.”

Quinonez drained four threes in third and made five overall. He finished the night with a team-high 19 points.

Quinonez was also busy on the defensive end of the floor, drawing the assignment of guarding Bridge Creek’s best offensive player.

Washington got off to a slow start in their 61-55 win over Davis.

They only scored 13 points in the first half but were only down four points midway through the game.

“We started off sluggish on offense,” Scholz said. “I played 11 guys and was subbing five in and five out just trying to spark something.”

Washington found that boost when junior Brody Moore entered the game and sunk two threes on offense while taking a charge on the defensive end.

“Brody stepped up and did a good job,” Scholz said. “He took a charge and it was a big spark for us. He earned himself some more playing time and it’s great to see him get more opportunities.”

The coach said his team didn’t execute the offense in the first half and the score reflected it.

“Once we ran the offense we got the looks we wanted,” he said. “We got the win in spite of not running the offense.”

After coming out of the halftime locker room the Warriors went on an 8-0 run to start the third quarter.

They would go off for 48 points in the second half.

“We went on a quick run in the third with back to back threes and a lay up,” Scholz said.

The two teams remained locked in a tight battle, eventually needing overtime to settle things after Davis hit a three pointer at the buzzer.

Hicks was Washington’s leading scorer with 20 points – all scored in the second half.

Hendrix scored 13 points and Moore ended up with six points.

The Bobcats are ranked No. 3 in Class 3A.

“They can put points on the board and we’ll have to control the tempo,” Scholz said. “They pressure full court in man to man and they’re going for steals.”