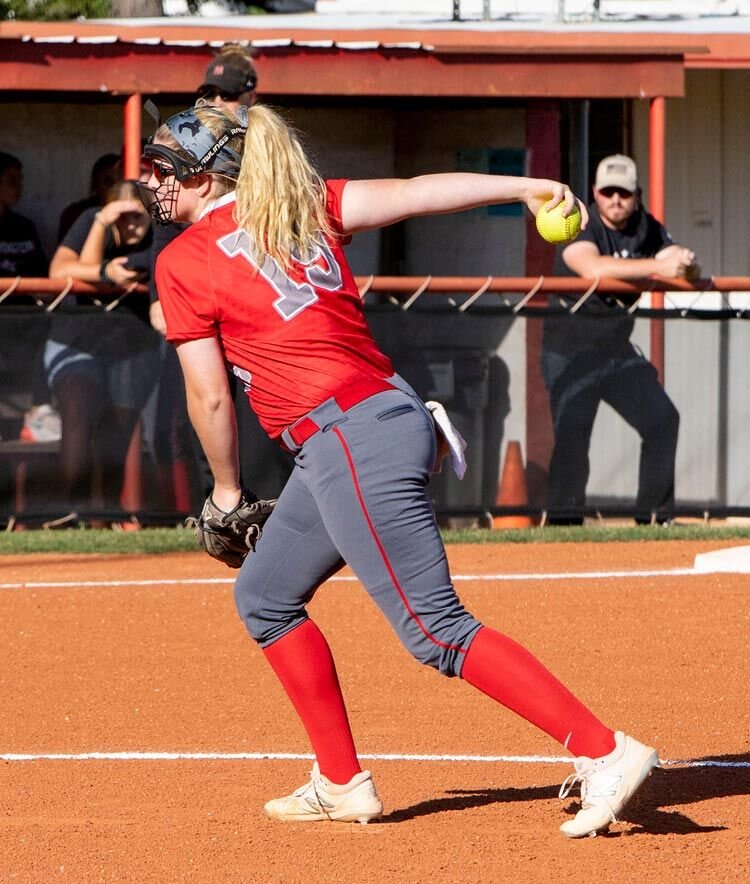 Maggie Place sends the ball to the catcher for Washington. Place and the Warriors enter the State fast-pitch softball tournament for the 22nd consecutive year. Washington faces Chisholm today (Thursday) at 4 p.m. at the Ballfields at FireLake in Shawnee. 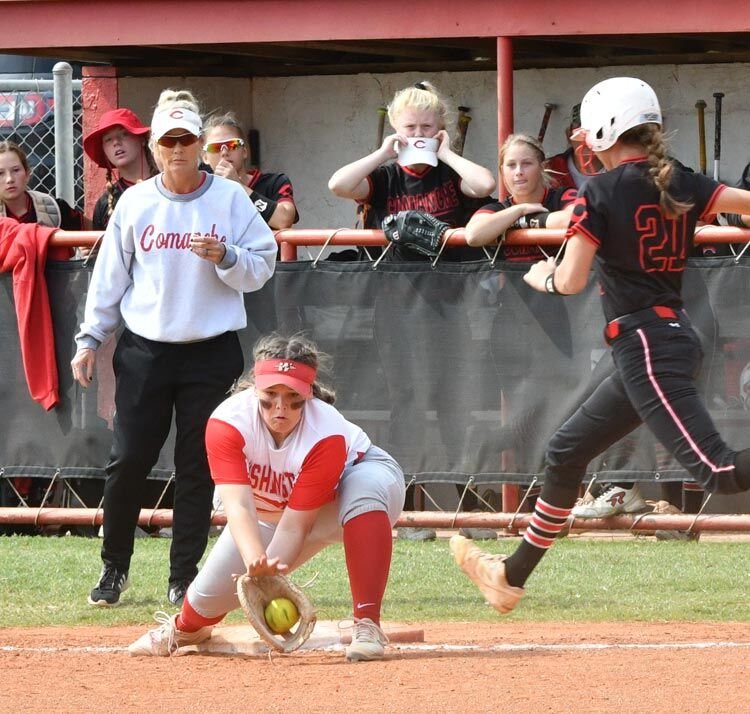 Kaile Kilmer catches a ball for an out against Comanche during the Regional tournament. Washington defeated Comanche twice (7-0, 4-0) to advance to the State tournament.

The Washington Warriors play Chisholm today (Thursday) at 4 p.m. at the Ballfields at FireLake in Shawnee.

The State tournament sites are spilt between FireLake and ASA Hall of Fame Stadium in Oklahoma City to allow for better social distancing during the COVID-19 pandemic.

“I like the bracket,” Washington head coach Jace Brewer said. “Our hard work and success has paid off on this one and we have to make the most of it.”

The Warriors enter with a 35-5 record.

The coach said it won’t just be his team’s athletic ability to carry them through the tournament.

“We need to not rely on talent, we need to rely on toughness and grit and competitiveness this tournament,” he said. “Simple, tough plays in the State tournament win games.”

Brewer said his team is playing well and has several girls swinging the bat at a high level.

“Emma Curry has swung it well all year and Kaydence Andrews is swinging it better,” Brewer said. “Kinzie Schultz is also swinging it well.”

He pointed to good play recently from Kaile Kilmer and Elly Allison.

After a blip on the radar Monday in the Warriors’ 5-4 loss to Latta, all eyes are on the prize at FireLake.

“We have to finish this year,” Brewer said.