Warrior girls out in Area 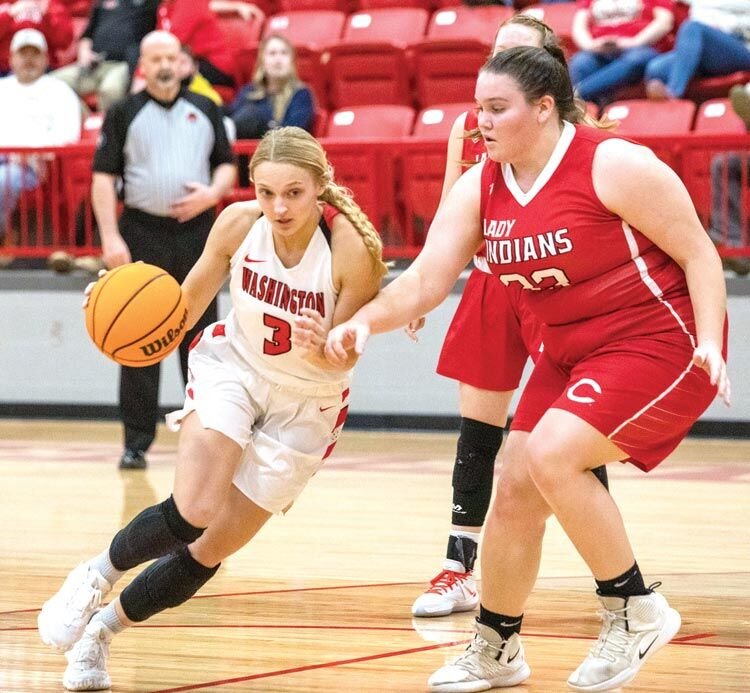 Washington junior Mattie Richardson drives around a Comanche defender during the Regional basketball tournament. The Warriors’ season ended in the Area tournament Friday after a 55-37 defeat by Marlow.

The Washington Warriors girls’ basketball season ended Friday night in the Area tournament against Marlow after a 55-37 final.

It was their fourth defeat at the hands of the Outlaws this season.

The Outlaws held a big advantage at the free throw line.

Washington finished the year with a 17-11 record.

“We went further than people thought we would go,” said Washington head coach Rocky Clarke. “Their effort and play from the last month were very enjoyable. We’ll get better next year.”

The Warriors will lose just one player from this season’s roster, senior star Scheffe.

“Laylin has been a mainstay in our program and I’m so proud to say I got to be her coach,” Clarke said. “She’s a great player with a great attitude and she will go far in life. I really can’t say enough good things about her.”