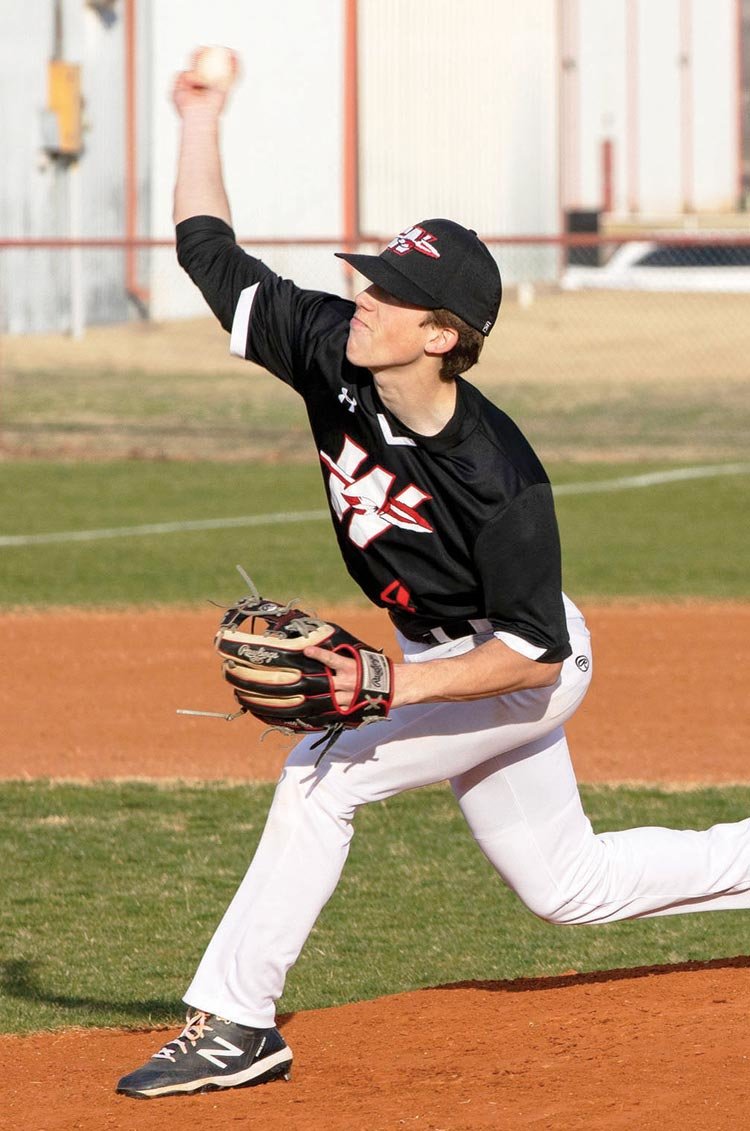 Washington senior Bobby Reese throws a pitch home. The Warriors are coming off a spring break trip to Gulf Shores, Ala.

Washington didn’t sit back on its laurels for Spring Break, traveling to Alabama to tackle some fresh competition.

“It was a great trip with great parents and kids,” said Warrior head coach Jeff Kulbeth.

The Warrior bats were quiet in the three games they played in the deep south managing only four hits and two runs in three games.

“We saw some really good pitching,” Kulbeth said. “The games made us better.”

Hendersonville, Tenn. shutout the Warriors 7-0 in the opening game at Gulf Shores.

Luke Keltner and Easton Berglan combined to throw a five-hitter but the Warrior offense was silent.

Emitt Wilk and Aden Hyde had the two hits for Washington.

“I thought if we’d have competed earlier we would have given ourselves a better chance, Kulbeth said. “We have not seen an (pitching) arm like that or a slider like that. It was good for us to see someone like that.”

The second outing was a 4-2 loss to Ethel (Miss.) High School at Foley High School.

Camden Bates lined an RBI double in the fourth cutting the Ethel lead to two at 3-1 but Ethel answered back with a run of their own in the bottom of the fourth opening up a 4-1 margin.

Washington pushed across a run in the top of the fifth but fell short of coming all the way back.

Dax McCaskill had the other Warrior hit in the game.

Bobby Reese and Jax Brewer combined to limit Ethel to five hits, each getting three innings of work on the mound.

“We need to do a better job of getting guys on base before we have outs,” Kulbeth said. “It’s tough to put pressure on people when you don’t have anyone on base.”

Bob Jones (Ala.) High School scored four runs in the first inning and seven in the second chasing Washington starter Colin Pelton out of the game played at Foley.

Aden Hyde came in after one out in the second frame and pitched the remainder of the five-inning affair, scattering three hits.

Bob Jones is loaded this season, with players committed to  Arkansas, Mississippi State and Alabama.

“We’ll bring lessons back with us and the real season starts today to go hunt a District title and go from there,” Kulbeth said.

Up next for the 6-3 Warriors are back-to-back games against  OCS on Tuesday.