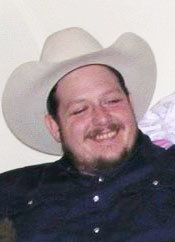 He attended high school in Indiana. After high school he enrolled in the Nashville Auto Diesel College. He worked as a diesel mechanic for awhile before driving over the road. He was an owner-operator.

During his free time he liked to restore classic pickups and his Kenworth. Anyone who knew him loved him.

Those who preceded him in death are grandparents, Oliver Kennedy, W.R. “Bill” and Edna Sides and Robert and Doris Loeffelholz; uncle, Steve Loeffelholz; aunt, Bobie Sides and father, David Sides.