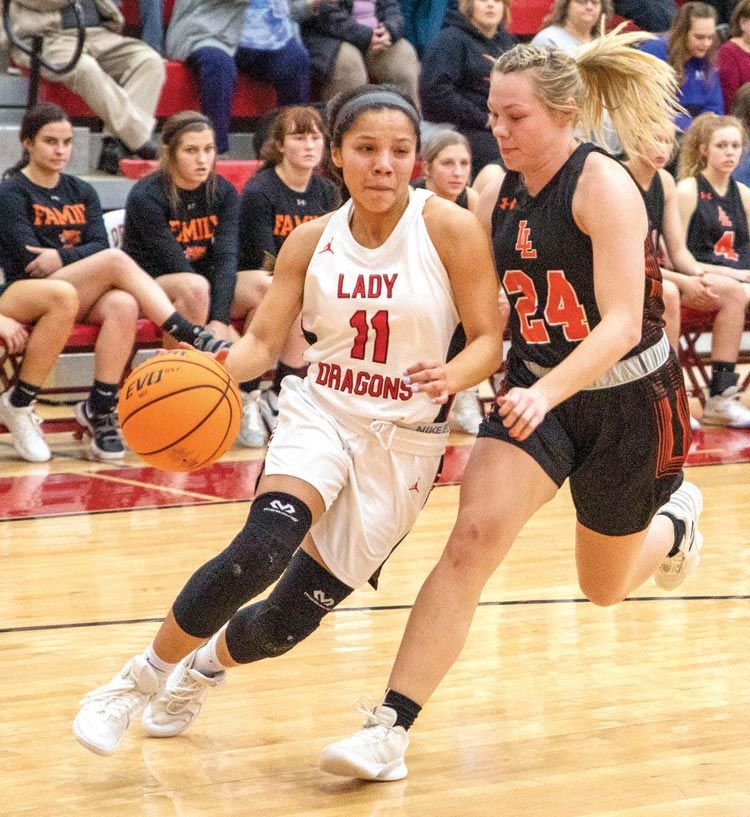 Chelsea Spain dribbles towards the lane during Purcell’s 48-27 win over Lindsay last Tuesday. Purcell hosts Marietta Saturday in the District tournament. Tip off is set for 6:30 p.m. 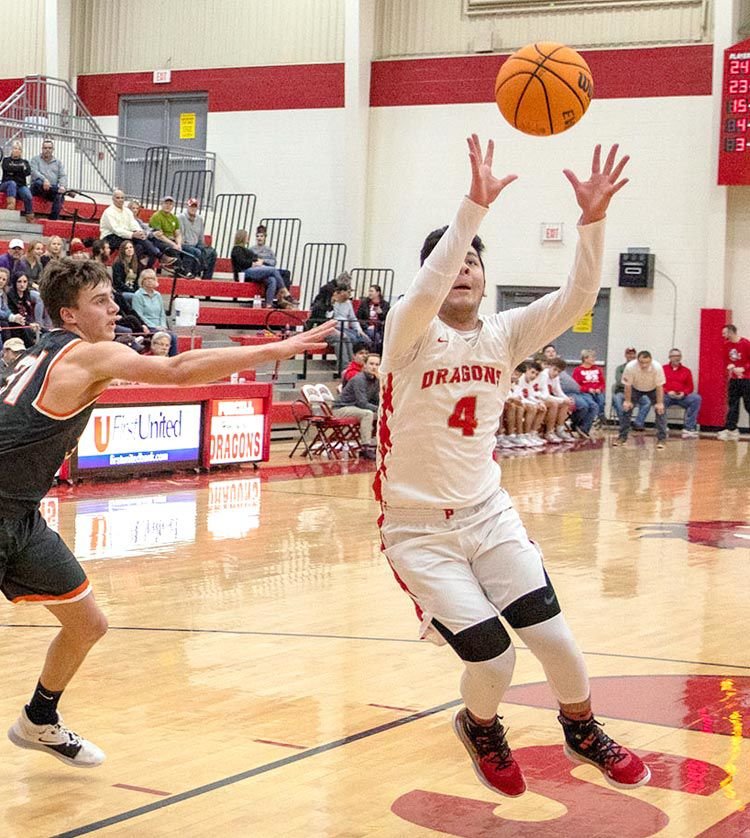 Jorge Sotelo receives a pass in the post during Purcell’s 53-37 win over Lindsay. Purcell hosts Marietta Saturday night to open the State Playoffs with the girls tipping off at 6:30 p.m. and the boys at 8 p.m. 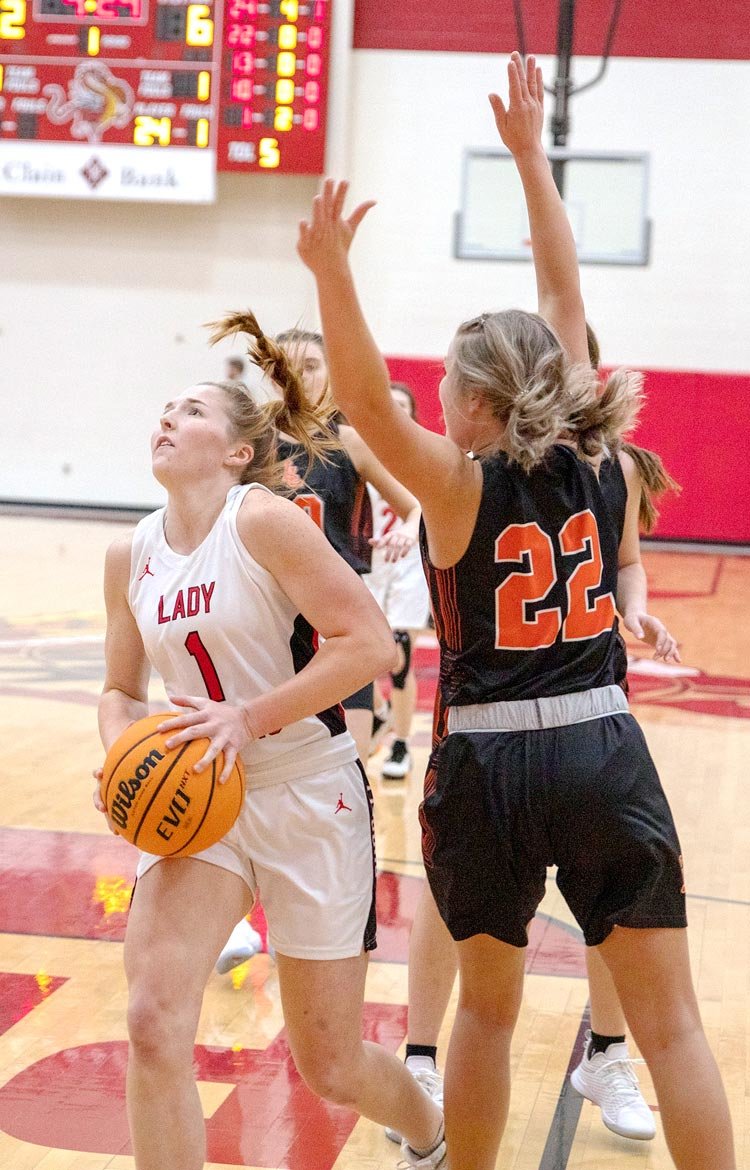 Alicia Baker slips in for two of her team-high 26 points during Purcell’s 48-27 win over Lindsay.

Purcell’s Dragons posted their sixth straight victory with a 42-36 victory on the road at Marlow last Thursday night.

It was Purcell’s eighth victory in the last nine starts hiking their season record to 18-4 and a No. 15 ranking in Class 3A.

The Dragons finished 13-1 in the Canadian Valley Conference, winning the conference championship.

“I couldn’t be more proud of this team,” head coach Roger Raper said.

“This conference is a battle night in and night out with some very tough places to play,” he continued.

One of those is Marlow where the Outlaws are double tough.

“To finish with only one loss is very commendable,” the coach said.

Nate Willis led all scorers cutting the nylons for 16 points with Gavin Nation also in double figures dropping in a baker’s dozen.

Purcell opened up a seven point lead at the end of the first period and scooted into the locker room leading 22-11.

“We don’t have any size, but what we have shown is great toughness and resilience in finding ways to win games,” Raper said.

With Nation, Jorge Sotelo and Mojo Browning all in double figures earlier last week, Purcell took care of business and in turn, Lindsay, in a 53-37 shellacking at The Reimer Center.

Nation led all scorers with 13, followed by Sotelo with 12 and Browning with 11.

The Dragons will host the District Tournament against Marietta Saturday night. Purcell will also host the sub Regional the next weekend with Lexington and Marlow.

Coach David Sikes’ Dragons  are on a roll of their own having won seven of their last eight games including two last week.

In fact, as a team Lindsay only out-scored Alicia Baker by one.

Purcell led by a gaudy 31-12 count at halftime eventually stretching the lead to 39 at the end of three quarters before Sikes called off the dogs.

“It was nice to come out and put a game away early,” Sikes said. “We shot the ball well and played solid on the defensive end.”

Baker again led the scoring with 26 in last Thursday’s game at Marlow, a 58-47 Purcell victory.

But Baker had scoring assistance with Emily Madden and Kora Keith both scoring in double figures.

Madden chipped in 13 and Keith added 10.

Baker pulled 10 rebounds for yet another double-double.

“It’s always great to get a win at Marlow,” Sikes said. “It’s a tough place to play.

“It was a great way to end the regular season. Now our focus is on the playoffs,” he concluded.

Purcell’s season concluded with a third place finish in the conference.

“We went from last last year to third this year,” Sikes said.