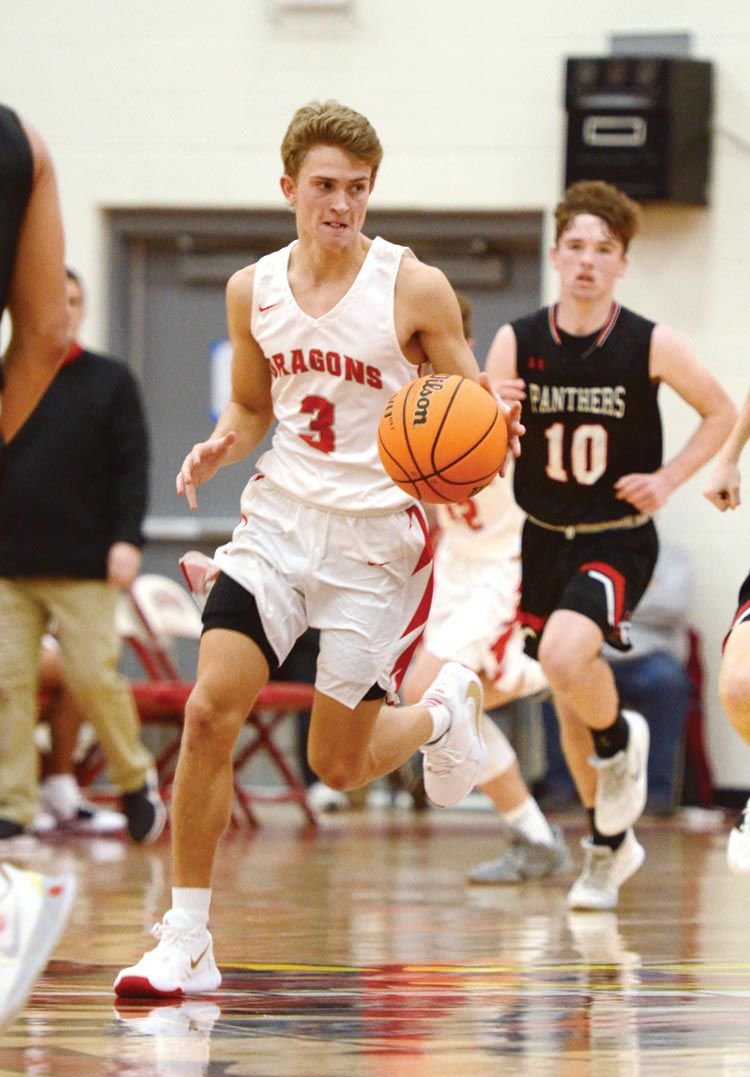 Graduating senior Gavin Nation helped Purcell to a 53-26 record during his three years as a starter.

Former professional baseball and football player Bo Jackson was an all-star in every aspect. The former Auburn running back won the Heisman Trophy in 1985 after rushing for 1,786 yards.

He played in the NFL for the Los Angeles Raiders for four years.

Nation probably doesn’t know how to play the blues guitar like Diddley, either. But, make no mistake. Nation is a graduating Purcell senior who excelled in four different sports – so maybe he knows more than Bo?

Nation ran cross country and hurdles and was a long jumper in track, and played basketball and tennis for the Dragons with great success.

“I would like to think I was a little like Bo,” Nation said with a laugh. “My biggest thrill was always getting to play basketball in front of the crowd at the Reimer Center. We played a lot of big games there.

“Nothing excited me more than to play in front of the home crowds in the Heart of Oklahoma.

We had some big Regional games there and we did well in those. That was my biggest thrill.”

During his time with the Purcell hoopsters, Nation helped them to three Conference championships and they were  four-time District champions.

In 2019, Purcell was Regional champion and the Byng Tournament champion.

Earlier this year, the Dragons finished runners-up in the Heart of Oklahoma tournament and they were the Regional runners-up.

During three years as a starter for Purcell, Nation helped the Dragons to a gaudy 53-26 record.

“My senior season could have ended better with a State tournament berth,” said Nation, who averaged 14.4 points and 3.9 rebounds per game his senior campaign. “We made it to the last 16 teams in state. I would say that we were pretty successful.”

In cross country, Nation was a 20-time individual medalist. He was a medalist in the 2019 Regional and a four-time State qualifier. Last fall, he was also a senior all-star.

“My best time for a 5K was 18 minutes and 45 seconds,” Nation said. “I did that during the Regional meet my senior year last fall. That was my best effort.”

In track, Nation was a five-time Regional medalist and he was the 2019 Regional long jump champion. He qualified twice for State in the long jump and was a 300-meter hurdles State qualifier in 2019.

Not only that, Nation was also a superb student during high school.

He had an impressive 4.30 grade point average in the classroom.

“My grade point average was 4.3,” Nation said proudly. “I’m going to go to Oklahoma this fall and I will major in zoology and entrepreneurship. After that, I’m going to go to vet school at Oklahoma State. I’ve always loved animals and science. That’s always interested me.”

Nation will certainly miss all of his teachers, classmates, fellow athletes – and especially his coaches.

“Coach Belicek in cross country always said to me, ‘Do your best,’ and that’s the best you can do right there,” Nation said. “It’s pretty basic but it was some of the best advice I’ve ever gotten. Coach Raper was my basketball coach and tennis coach. I don’t know if I remember any ‘one-liners’ from him but he was always supporting me and he was a big boost to my success.”