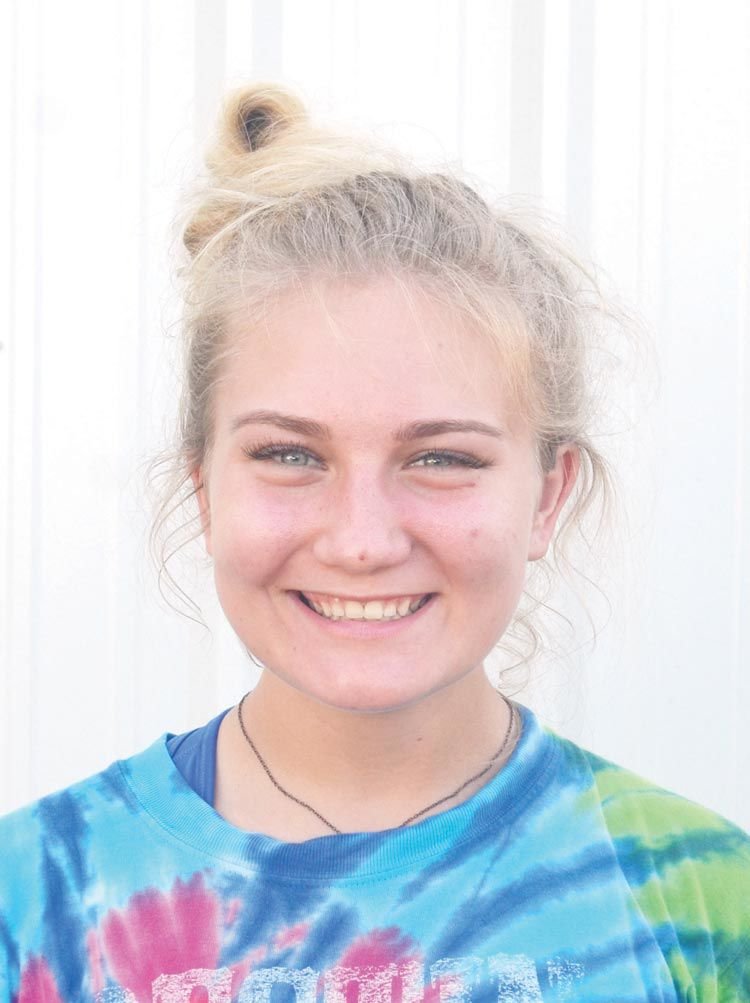 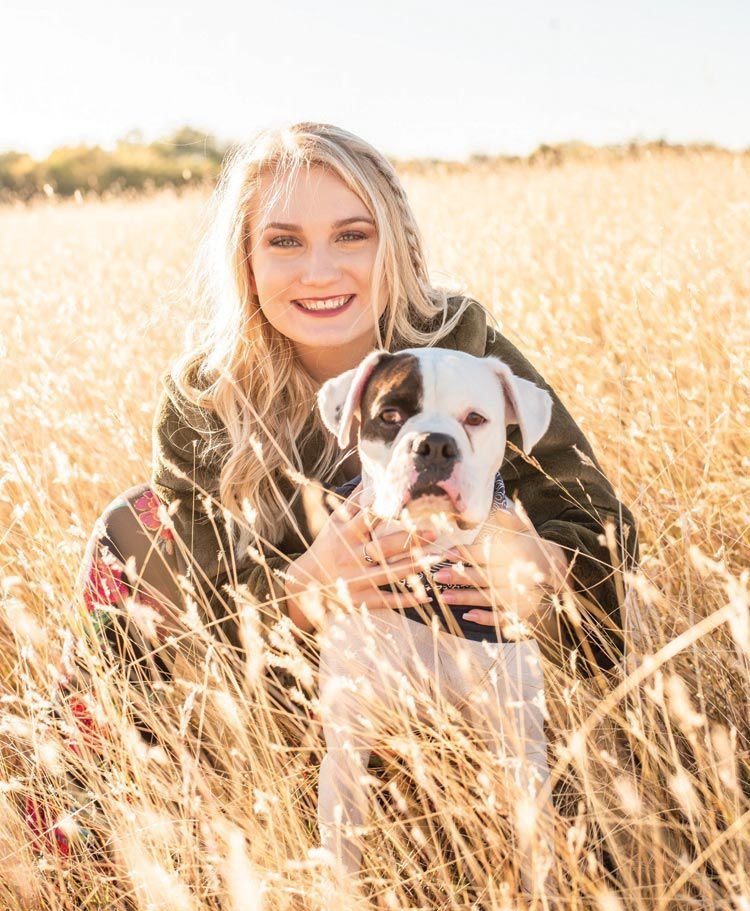 Bailey Kennedy and her buddy Rocko.

But, it’s pretty hard to find anyone – if anybody – who has a harsh word to say about outgoing Wayne senior softball player Bailey Kennedy.

Simply put, Kennedy was the firecracker of the Wayne softball team. She’s only 5-feet tall. But, she could hit a fast-pitch softball with the best of them. And, always with a smile on her face.

Plus, she was unique in that she played catcher for Wayne and served as the Lady Bulldogs’ leadoff hitter.

Two Wayne coaches know a bunch about her – as they should since they are her cousins.

“She’s an extremely hard working player,” said football coach Brandon Sharp. “She’s always ready to go to work. She was always ready to help out with anything you need. She just has a great attitude for the game. She always worked hard in the classroom and on the playing field as well.”

Kennedy was a ball girl and a water girl for the Wayne gridiron team. She was a reliable asset.

“I was the football coach and didn’t coach Bailey but she was a ball girl and a water girl for the football team,” Sharp said. “I know I was a fan of hers watching her play softball, though. She was a great player for Wayne – and I mean a great player.”

Another cousin of Kennedy’s is Chance Sharp, who coached her for one year in slow-pitch softball.

“We didn’t have a season this year because of the coronavirus.

“She had one of the highest batting averages on the team. She’s just a wonderful kid. She was actually one of the girls who could play any position. I played her in left field in slow-pitch. She did a phenomenal job for me out there,” he said.

Kennedy played basketball for a season when she was in the eighth grade. She soon found out that softball was more to her liking.

“I played basketball when I was in eighth grade but it wasn’t my thing,” Kennedy said. “When I got to Wayne in the eighth grade, I had Coach (Scott) Brewer. I caught warmup for my pitchers on my tournament team even though I never caught before. He asked me and I said I would give it a try.

“Then we got Coach (Braden) Black who brought a new aggression to my game. It’s the one sport I can be aggressive in but not try to hurt people.”

Ironically, Kennedy remembers that is exactly what she did in a game against Vanoss – though not on purpose.

An opposing runner from third tried to barrel over Kennedy and score – to no avail.

“We were playing at Vanoss and a girl was trying to steal home one time,” Kennedy said. “I pretty much tackled her like in football. It knocked her out and broke her nose. I really wanted to apologize to her after the game but she was already gone to the ER. I felt bad about that play.”

Kennedy played with a spunk and desire for the game that few players have. She appreciates the compliments from Brandon and Chance but, “We’re cousins so I guess they have to say nice things like that,” she quipped.

Kennedy had pretty much the entire Wayne community behind her during her high school career – and she still does.

“I’m related to many people in Wayne,” she explained. “I really appreciate all of the support I get from my family.”

Kennedy carried a hefty 3.69 grade point average at Wayne. “I annoyed the teachers but I got good grades,” she laughed.

Her mother Sara Shepherd and her father Greg Kennedy offer much love and support to Bailey.

She has a brother named Rhett. Along with six other half-siblings and step-siblings, they round out a great family support group for Kennedy.

During her senior fast-pitch softball season in 2019, Kennedy was a phenomenal hitter. In 95 at-bats, she hit for a .463 batting average. She had 44 hits including 11 doubles, four triples and two home runs. She scored 33 runs and had 14 runs batted in.

Kennedy had 17 stolen bases and she garnered a .568 on-base percentage and a .726 slugging percentage. Behind the plate, she was indeed a golden glove performer with 110 putouts and a sparkling .982 fielding percentage.

Kennedy admires former Wayne standout Cayleigh Clifton, who played four years for the University of Oklahoma. As a Sooner, Clifton hit .348 for her career and was an All-Big 12 First Team selection in 2019 when she hit .390 with 17 home runs and 52 runs batted in. She ranks first in OU history in career hit-by-pitches with 65.

“Cayleigh Clifton played at OU and she plays professionally now for the Chicago team I think,” Kennedy said. “She was super good and she is definitely someone who I looked up to as a player.”

It was tough for Kennedy and her Wayne slow-pitch teammates to miss the spring season because of the coronavirus shutdown.

“It was tough at first and I’m not going to lie about it,” Kennedy said. “All of the end-of-the-year senior things you look forward to your entire high school days were cancelled and that was hard.

I missed out on playing softball in the spring. But, things could be worse and I have to remind myself of that,” she concluded.