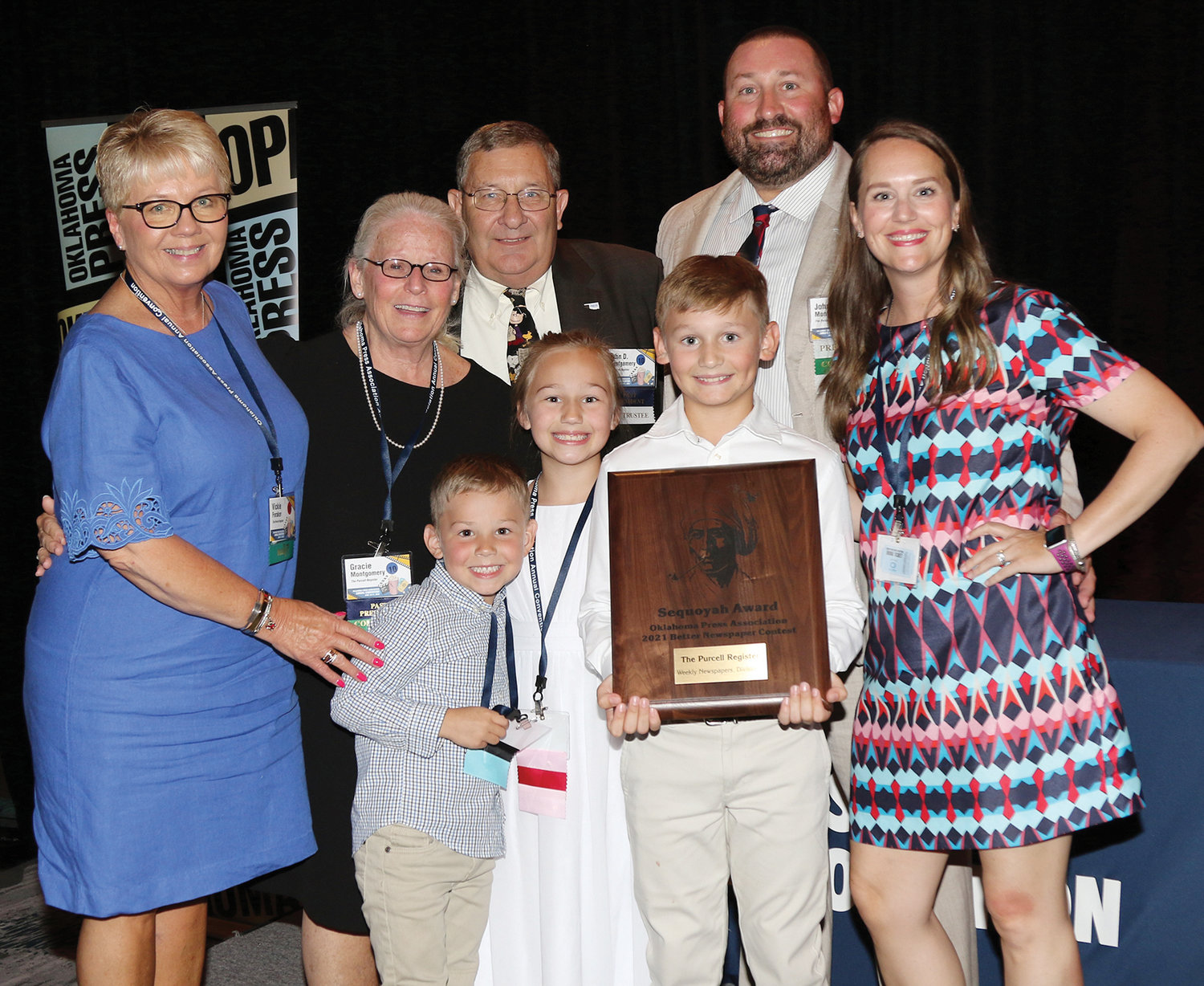 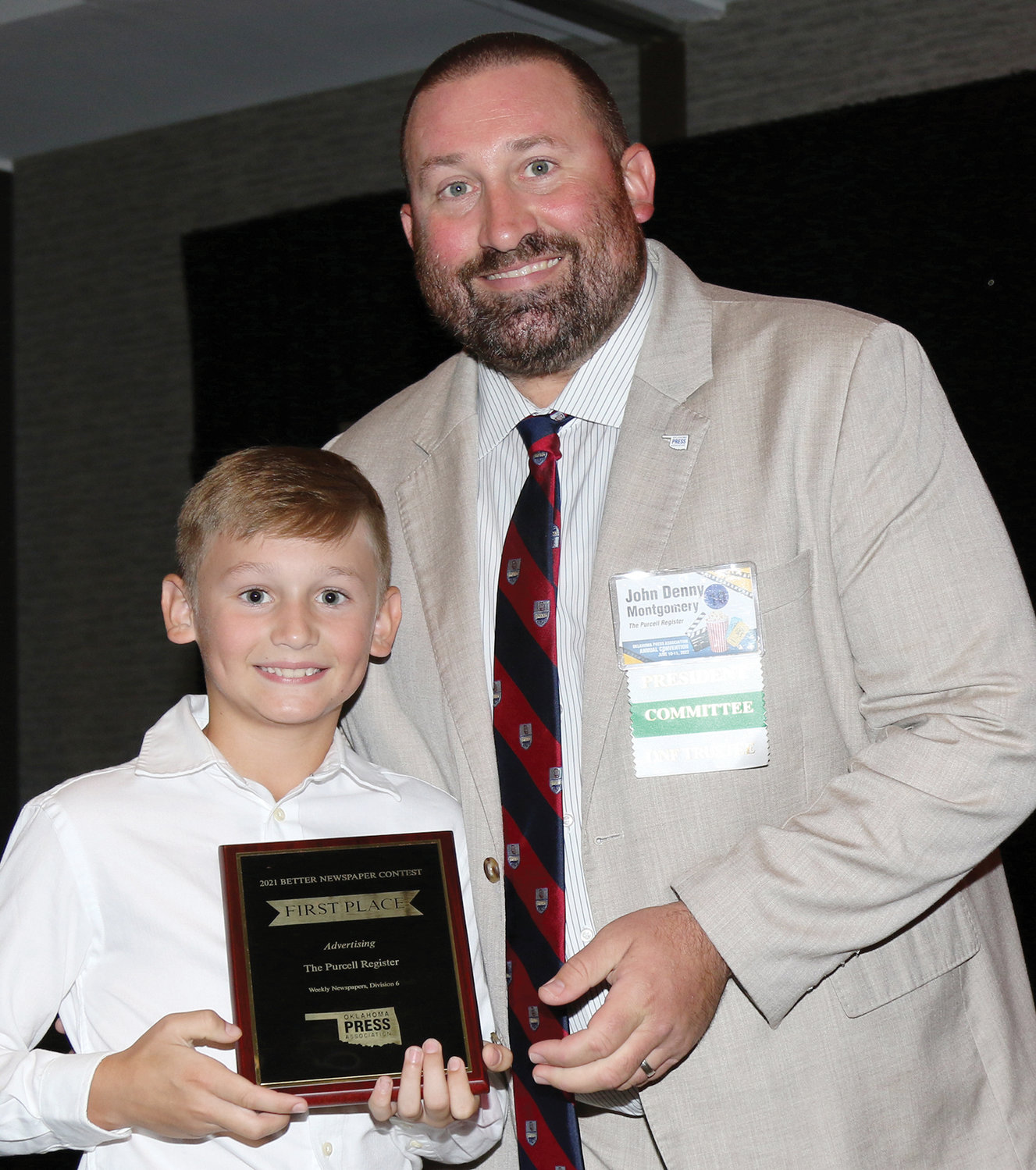 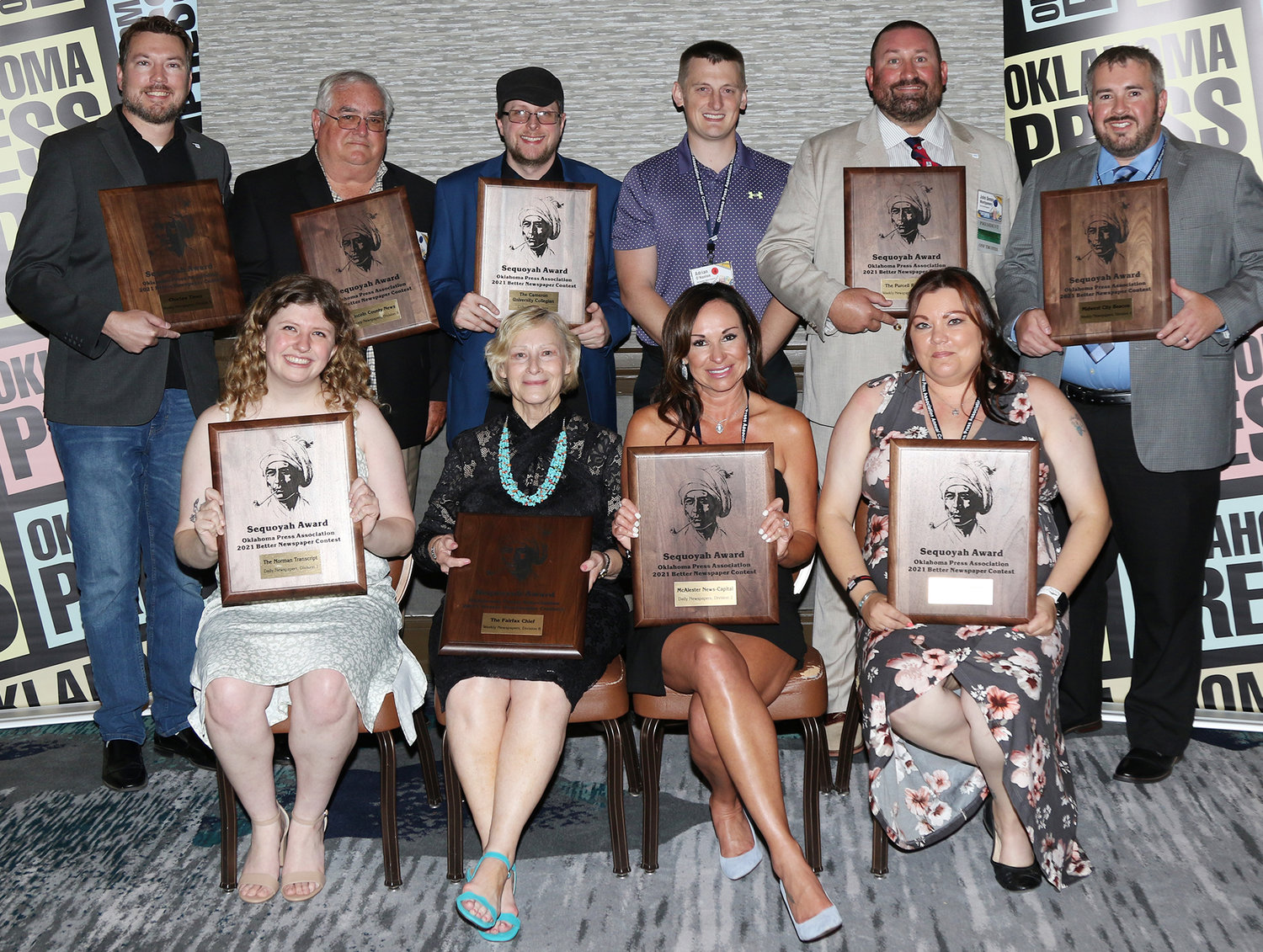 Among the nine Oklahoma newspapers that received top honors in the Press Association’s Better Newspaper Contest was The Purcell Register.

The Sequoyah Awards were presented at the Annual Convention last Saturday night at the Sheraton Hotel in downtown Oklahoma City.

The Sequoyah Award, which is the highest honor in the Better Newspaper Contest, is determined by the number of points accumulated in eight of the contest’s categories including News Content, Layout & Design, Advertising, Editorial Writing, Photography, Sports Coverage, Sales Promotion and Community Leadership.

The Register won division six representing towns ranging in population from 3,500 to 7,000.

It was The Register’s ninth Sequoyah Award and eighth in the last 10 years.

The newspaper was second in Layout & Design, Editorial Writing, Sales Promotion and Community Leadership.  The newspaper finished third in Photography.

In that contest, The Register was second among all of the state’s weekly newspapers combined in Digital Media behind OKC Friday.

“These awards are a reflection of the work and effort of our entire staff at The Register,” publisher John D. Montgomery said.

The entire staff and their positions are listed on page 4A of each issue.

Other winners of this year’s Sequoyah Awards in the OPA Better Newspaper Contest also were announced at the OPA Convention.

In the daily divisions, winners were The Norman Transcript and McAlester News-Capital.

Sequoyah winners in the weekly divisions were The Duncan Banner, Midwest City Beacon, Choctaw Times, Lincoln County News and The Fairfax Chief. The Cameron University Collegian was the winner in the college division.

In addition to the nine Sequoyah Award winners, more than 180 first place plaques were presented during the awards banquet.

Newspapers and individuals placing second and third in the contest received certificates.

Also announced during the two-day convention were the recipients of the OPA H. Milt Phillips Award and the Oklahoma Newspaper Foundation’s Beachy Musselman Award.

Receiving the H. Milt Phillips Award, which is the highest individual award in the association, was Kelly Dyer Fry, former publisher and editor of The Oklahoman. The OPA Board of Directors selects the recipient of the Milt Phillips Award.

Fry is a third-generation journalist and graduate of Oklahoma State University. She began her career at The Oklahoman in 1994 after leaving her family’s newspaper, The El Reno Tribune.

She began working as a features editor, then moved to the digital side in 1996 and led the team that launched NewsOK.

Fry was named editor in 2012 and was the first woman to be named editor and publisher of The Oklahoman. She was inducted into the Oklahoma Journalism Hall of Fame in 2014 and retired from the paper at the end of 2020.