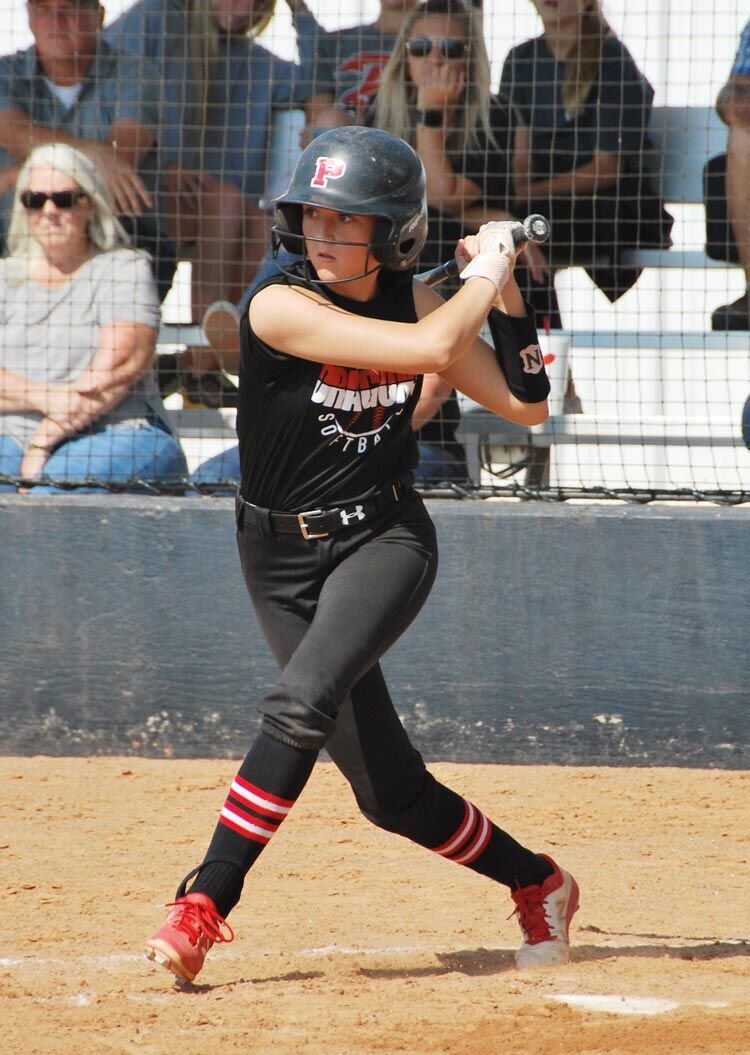 Khia Tyler takes aim at a pitch against Newcastle in the Regional softball tournament on Thursday. Purcell was defeated by the Racers 5-2.

Sandwiched around a 6-1 victory over Anadarko in last week’s fast-pitch Regional Tournament at Lone Grove were a pair of losses to Newcastle.

The Racers pinned a 5-2 opening round loss on the Dragons limiting Purcell to four hits.

Brook Fleming went 1-3 and Hannah Buchanan lined a double  in three trips to the plate.

Newcastle pounded out 10 hits in the game.

The Dragons bounced back to post a 6-1 victory over Anadarko in an elimination game.

Buchanan swung the hot bat going 2-4 with a pair of RBIs.

Khia Tyler, Kaylee  Stephens went 1-2 and Karson Jennings had a double in four at bats.

The tournament continued on Friday when Newcastle put an end to the 2020 season posting an 8-2 loss on the Dragons.

Buchanan went 2-3 at the plate with Jennings, Fleming and Holmes all getting a hit.

Purcell had four costly errors and were out hit 7-5.