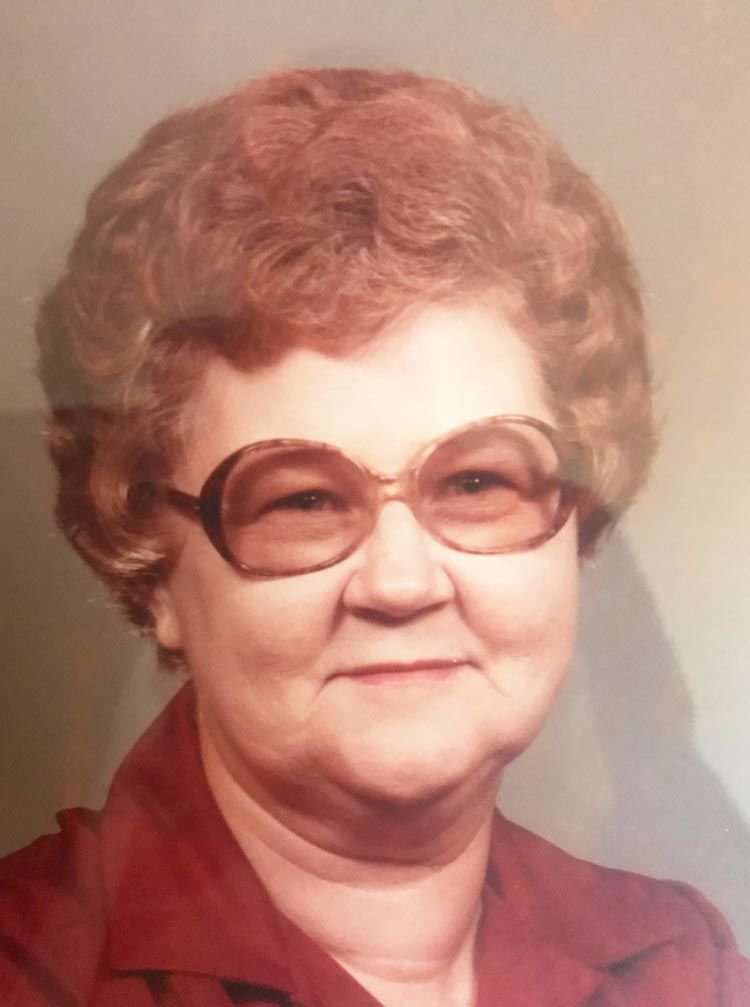 Patsy Ruth Brown was born February 8, 1930, in Centrahoma, Okla. She was the fifth child of 12 children born to James Thomas Brown and Sophia Lee (Harper) Brown. She was raised a country girl and learned how to work hard, picking cotton and cutting broomcorn. She lived her younger years near Coalgate and later moved to Maysville where she went to high school.

Pat married a young man from Wayne, Okla., named Allen Ray “Rip” Lewis, Jr. They were married on June 22, 1948, in Maysville and together raised three sons, Gaylon, Danny and Michael. Pat worked as a homemaker, and farmer’s wife most of her life. She later worked as a dietary supervisor for Purcell Municipal Hospital for nearly 20 years. Her family lived in Wayne until 1962, then moved to Purcell. Later in 1973, she moved back to the farm in Wayne and lived there until 2009. At that time she moved back to Purcell where she lived today.

Pat enjoyed gardening and cooking. In her later years she enjoyed watching game show network and shopping with her close friend Leeta Glasco.

Pat’s family wishes to thank Susie and Jerry Hyde for the love and care they gave to her in her later years.