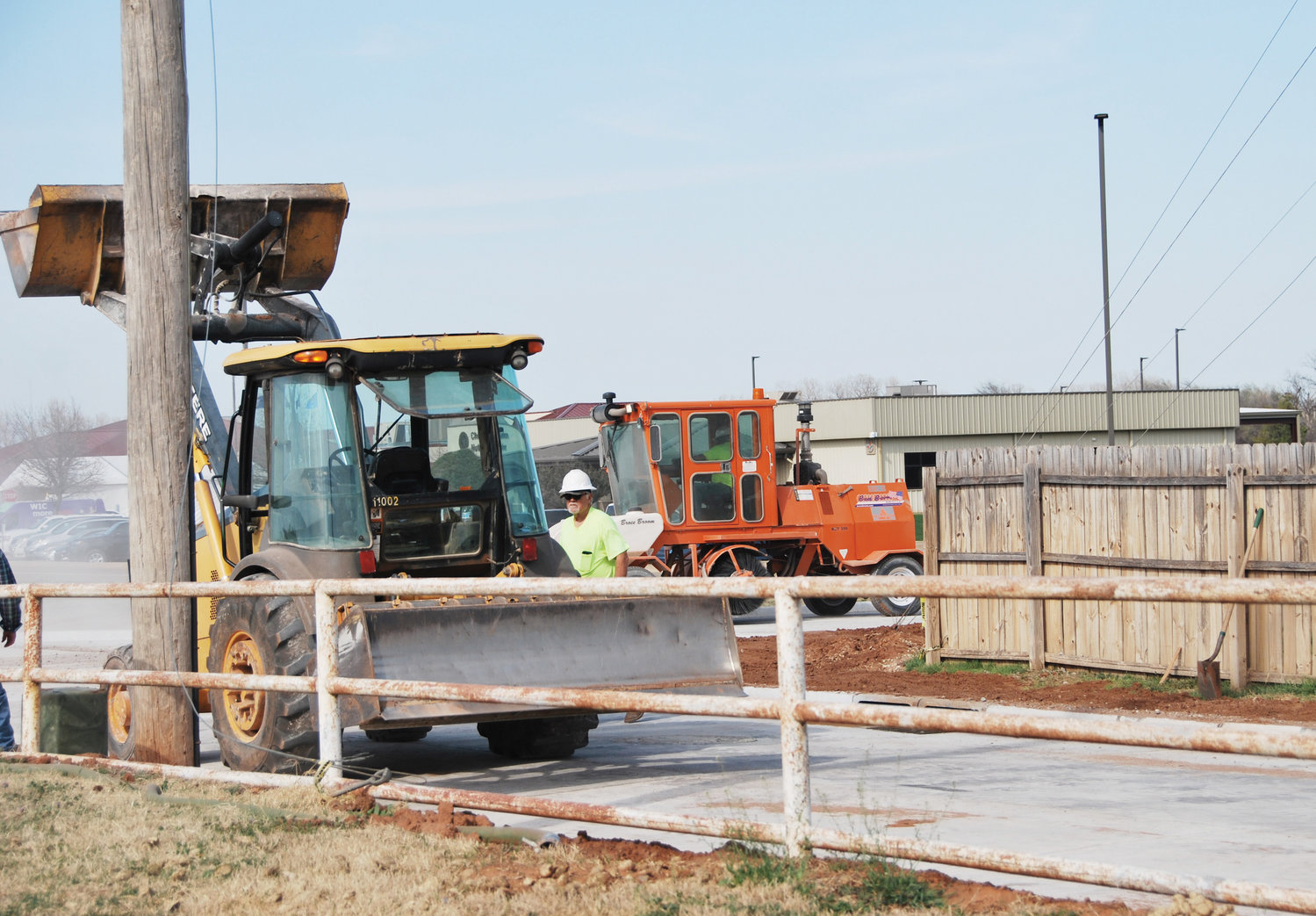 Workers are making progress on Hardcastle Blvd. on the west side of the Chickasaw Nation Campus in Purcell. Sherri Classics has been completed officials report.
John D. Montgomery
Posted Thursday, April 7, 2022 9:00 am
John D. Montgomery

In his report to the Purcell City Council Monday night at their regular monthly meeting, City Manager Dale Bunn reported the new tentative date for opening the new hospital is September 21.

That project to build the new Purcell Municipal Hospital remains under budget.

Bids are going this week on the final roadway grading.

Bunn also reported officials are getting closer to closing on property to construct the new Medical Office Building.

Progress remains ongoing for the new on and off ramp to allow access both northbound and southbound.

The environmental study will eventually lead up to the start of the project in 2025.

Bunn told the council the Main StreetScape project is slated to start January 23.

Bunn said digging for the new OEC fiber optic lines is completed and soon businesses and homes will be able to use it.

The Purcell Electric Department won a national award for the small amount of power outages and Bunn reported the fire department will be conducting free cancer screening.

The award to the electric department came from The American Public Power Association and Oklahoma Municipal Power Authority saying the Purcell Department is in the top 25 percent of utilities for System Average Interruption Duration Index.

The council approved continuing their Diamond Level Membership to the Heart of Oklahoma Chamber of Commerce in the amount of $26,000.

They recommended the Cemetery Board allocate $20,000 for a cemetery beautification project and renewed the services of Dillon & Associates to perform the 2021-2022 audit.

Annual contracts for Dale Bunn and Victor Lohn were approved.

In the Purcell Public Works Authority portion of the meeting the board approved the purchase of a new Sysmex Hematology Equipment.

The swearing in of the new councilman and new vice mayor will be April 11 at 7:30 p.m.

At the meeting Danny Jacobs was thanked for his service to the community by the council and given a gift for his time served on the council.

Jacobs did not seek re-election.