Trailer burns near intersection of Main and Broadway 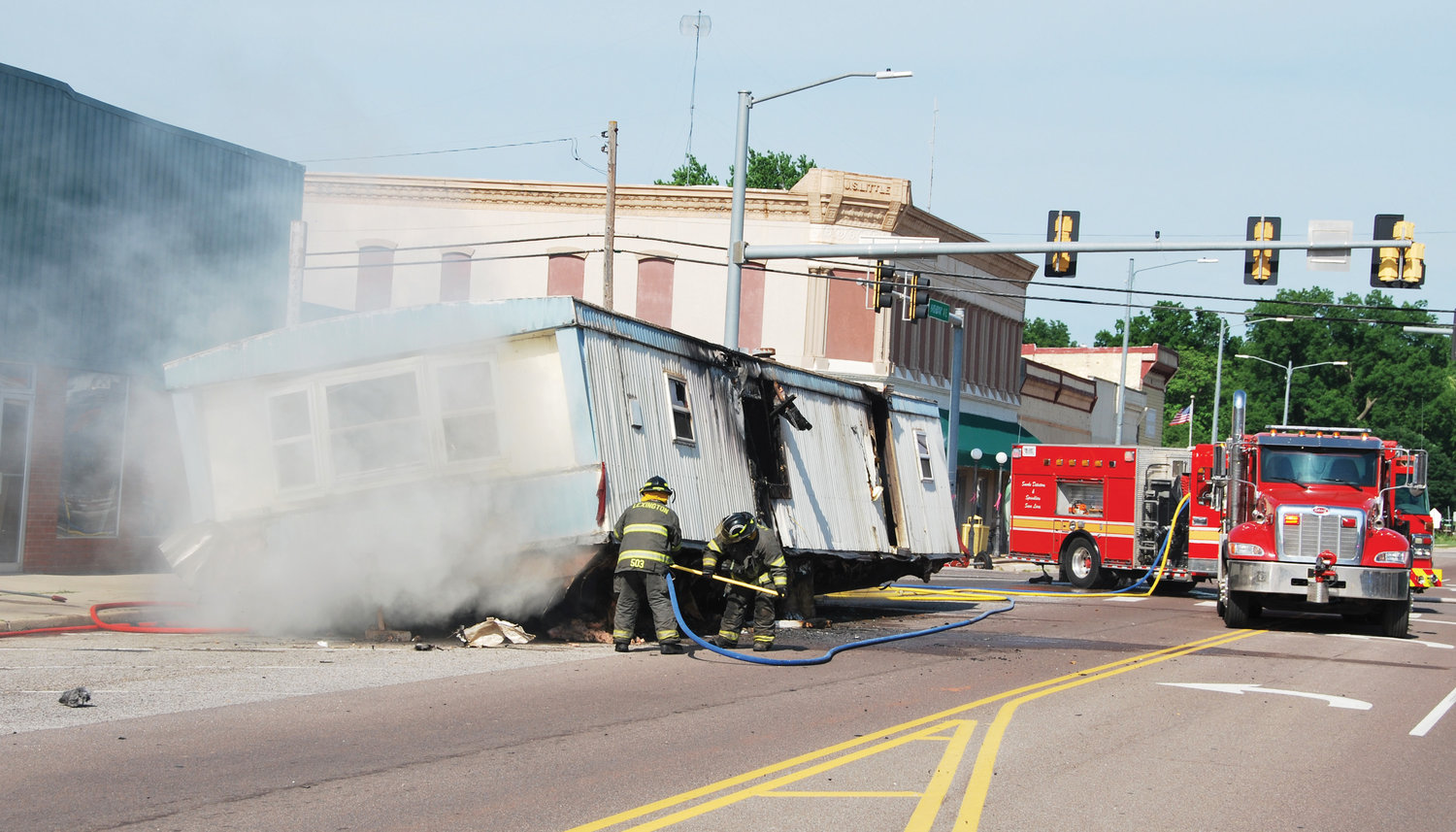 Firefighters from both Lexington and Purcell responded to a mobile home on fire in downtown Lexington last Sunday afternoon at 4:50 p.m. The mobile home had been dropped off and left basically at the corner of Main and Broadway due to it being on fire. No one was reported injured.
John D. Montgomery
Posted Thursday, June 9, 2022 9:00 am
John D. Montgomery

An area man was cited by the Oklahoma Highway Patrol Sunday after dragging a mobile home on the ground and catching it on fire.

The mobile home was on fire near the intersection of Main and Broadway in downtown Lexington just before 5 p.m.

Firefighters from both Lexington and Purcell responded to the blaze.

Lexington Fire Chief Ronnie Johnson said there is a groove in the roadway all the way through town from the wheel rims.

Johnson said the mobile home was being pulled illegally and that the structure was not sound enough to pull and there was not proper equipment to transport it.

“The friction with the roadway caused the fire,” Johnson told The Purcell Register.

The mobile home was located in the 100 block of West Broadway and fire came near businesses in that block but none caught fire.

There were no reported injuries and the mobile home was a total loss.

Firefighters were on scene until just after 6:30 p.m. putting out hot spots.