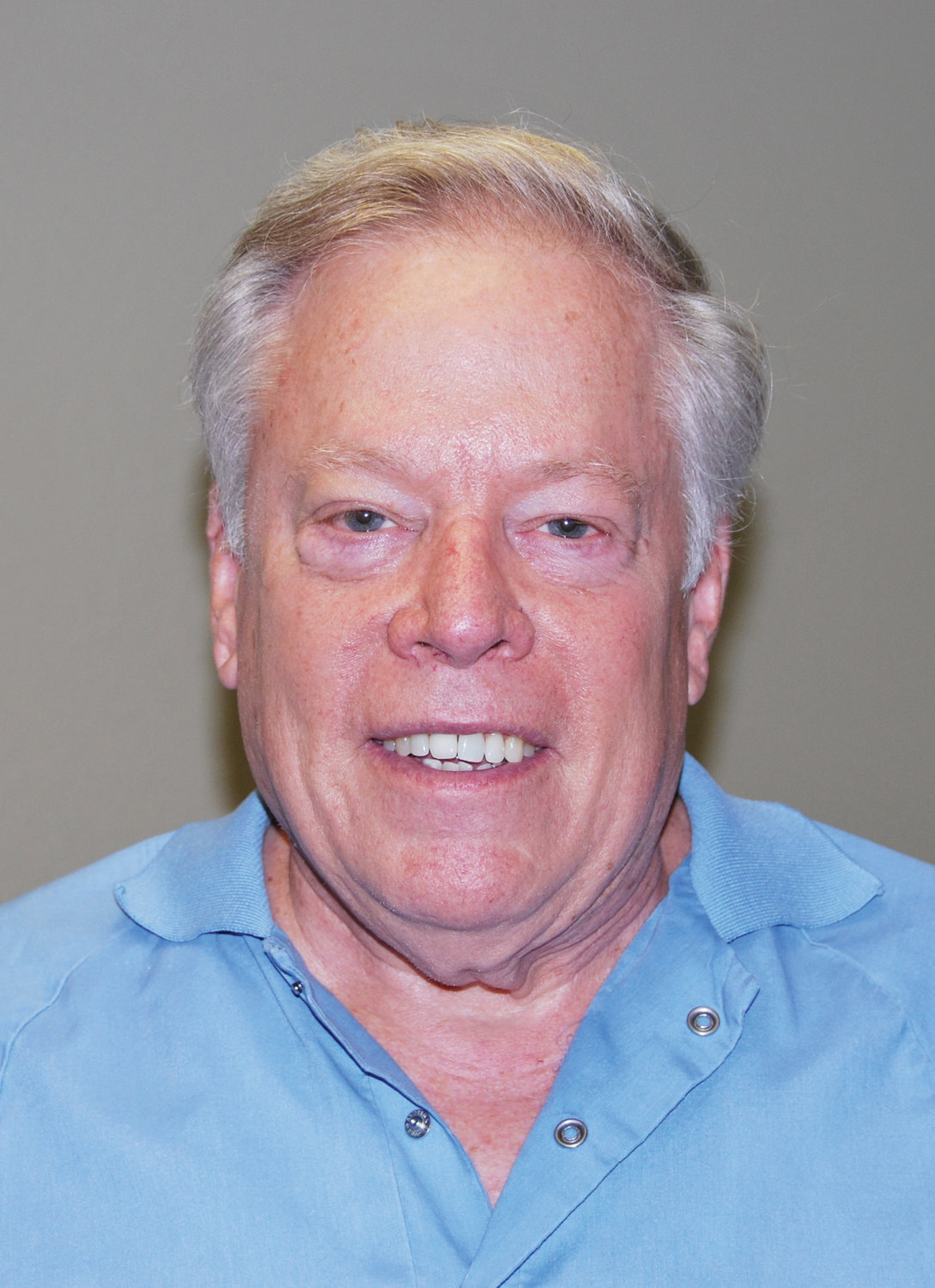 When Glenn Mead hung out his shingle to practice dentistry here it was June 29, 1977.

Forty-five years later Mead is only one of two dentists in his class of 1977 still practicing.

After graduating from Heavner High School in 1970 the future dentist went to school at Eastern Oklahoma State Junior College in Wilburton for a pair of years before enrolling at East Central University in Ada.

Less than a semester into his ECU career, Mead received his acceptance letter to the OU College of Dentistry.

Mead had reached out to the Dean of the College by letter inquiring about dentistry.

The Dean corresponded back and a meeting between the two was arranged.

“We met on the third story of an old house,” Mead said. “We talked about a lot of things. I was a young buck who didn’t know anything. He appreciated that I inquired and kept in touch.

“He said it was not only about good grades but that they wanted well rounded applicants and not just taking science.”

To apply students were required to take a dental aptitude test and those were only offered in Norman.

Mead said the powers that be finally relented and said if he got 10 students to take it they could take it at Eastern.

Mead went to work recruiting his fellow classmates who had aspirations of studying medicine or law.

“I told them if they did poorly no one would ever know because it was a dental aptitude test. I didn’t have a car so there was no way I could get to Norman.”

He pulled it off and had enough kids to have the test given more conveniently located.

“It was a classic example of if you don’t ask you never know what can happen,” he said.

Out of the 300 who applied for dental school in his class 24 were chosen.

Mead recalled as graduation neared he and Ann, whom he dated in high school, thought about going back to Heaver.

“But there were two young graduates from Baylor a year earlier, one going to Heavner and the other to Poteau,” he said.

Mead traveled all over southeastern Oklahoma going to places like Idabel looking for a spot to go into practice.

“But we liked the Oklahoma City area and Dr. Shadid was retiring in Purcell. He was selling his practice so Bill Skaggs and I went in together to buy it.”

Skaggs had gone to Creighton University’s dental school and got out the same year as Mead did at OU. They had two offices.

Skaggs only practiced here for two years before moving to Norman where he specialized in upper echelon patients doing cosmetic dentistry.

Mead bought out Skaggs and at that time was the only dentist in McClain County.

“That was before Blanchard (and Newcastle) blew up,” he said.

Now there are at least two dentists in Blanchard and Newcastle and six or seven dentists in Purcell. He estimated Norman has 60 dentists.

Shadid opened a practice in Norman and took some patients. Some also followed Skaggs so Mead was building his practice.

He said the most challenging part of his practice is dealing with patients and patient financing especially if a patient needs something that insurance won’t cover.

The most gratifying aspect of his practice is helping people.

“I had a lady who worked at the prison,” Mead said looking back. “She was bound and determined for me to pull all of her teeth and make dentures. She had been to dentists all her life and procedures would not work out. Nothing worked or nothing lasted.

“I finally convinced her that she could keep her teeth. I fixed her problem and made her some nice partials. When they retired they moved to a lake south of Forth Worth but she continued to drive up here for her dental work,” he said.

“Then there are young teens who haven’t had proper care,” he continued. “You see some young ladies who hold their hand over their mouths or won’t smile. With proper care a flower blooms before your eyes and they can date.”

Same for boys he said.

“It’s a whole different way of people being helped.”

Another thing he’s done in Purcell was getting fluoride added to the Purcell drinking water.

“Now we don’t see as many kids with bummed out teeth,” he said.

It’s good when professional people, who are generally more educated and have seen some things maybe others haven’t, get involved in a community, he said.

“That way all the decisions are not made by the good ole’ boys and girls.

“Purcell has always been blessed in that regard,” Mead said.

“People served on the chamber or the hospital board all doing what they can. If everyone does a little bit it makes a community special.”

Mead summed up his career this way:

“I’m just a country boy who got very lucky, worked hard and picked a good goal,” he said.

“I couldn’t be much happier for how it turned out. I made a living for my family, made a lot of friends and got some good football tickets,” he said.

Going back and giving back at the dental school has also been gratifying for him.

“It’s been great going back to the dental school with my friends over the years,” he confirmed.

When he’s not crawling around in a patient’s mouth, Mead enjoys being outdoors doing yard work.

And he has three granddaughters who keep him busy as their only grandfather.

“I feel a little pressure to be the best grandfather for those girls,” he admitted.

He reported he has good health and has a young staff who is willing to learn and is very, very, very enthusiastic.

“That makes it easier to get up and go to work,” he said.