Love: the tie that defines family

Angie and Kevin Wren looked past their bloodline 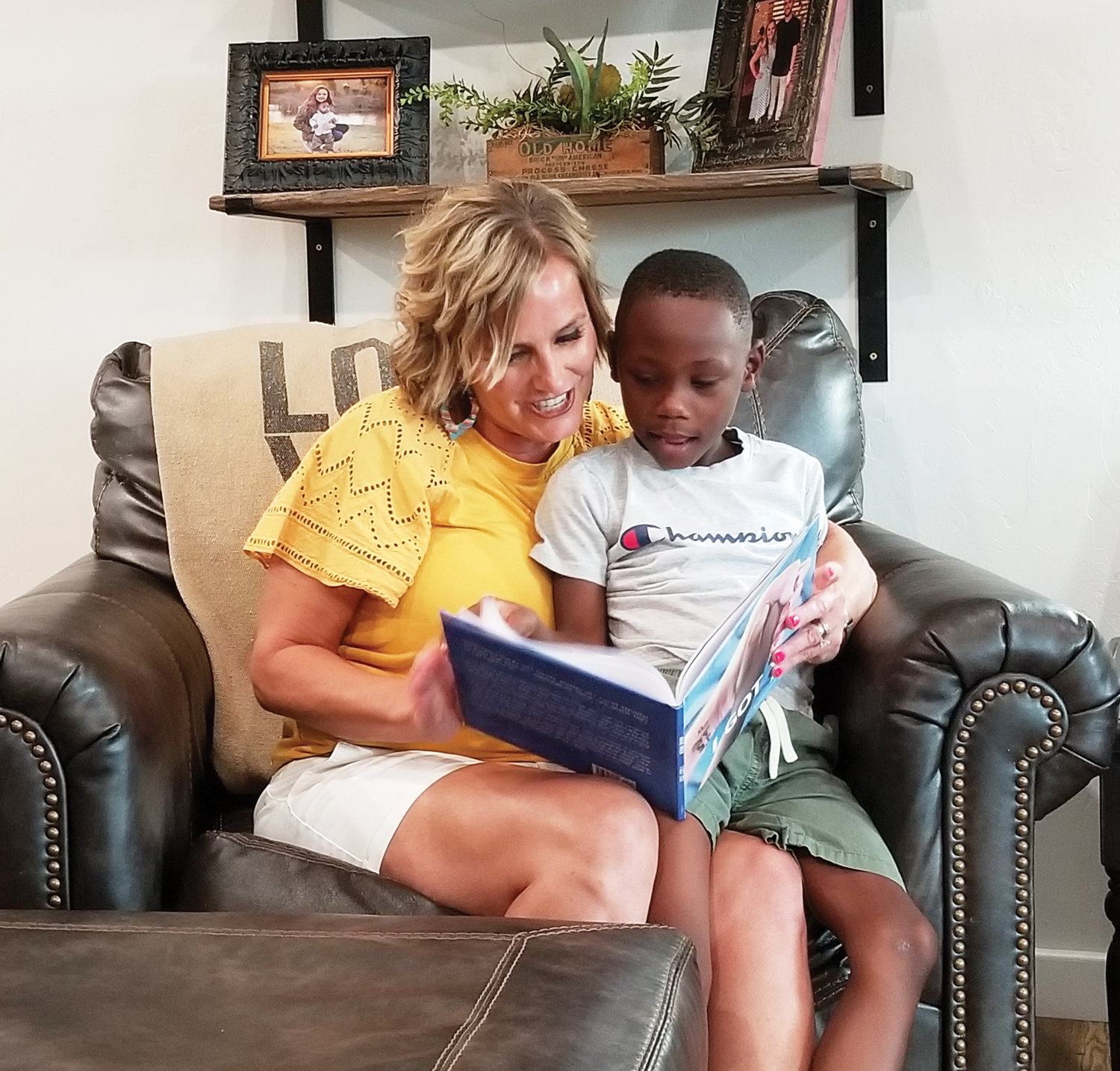 Whoever said it first got it right. It is love, not blood, that defines a family.

They learned it back in 2017 when Devin was 5-months-old and in need of an emergency weekend placement in a foster home.

The Wrens had decided to become foster parents when their second child started college and they were down to one child at home.

They chose to do emergency placement or respite care to give full-time foster parents a break.

The couple had cared for two short-term foster placements.

And then late at night on a Friday – St. Patrick’s Day – a call came from a caseworker. Could they take a 5-month-old infant for the weekend?

“We knew nothing about him” she  explained.

Other than the telling fact that he’d been in foster care since birth, that is. Also, he has older siblings, all of whom were in the foster home system.

But that fateful night, caseworkers had lost all contact with his biological mother.

The reality, Angie explained, sunk in during the drive to Norman at 10 p.m. to pick up an infant and was confirmed at 3 a.m. when he was fussing in his crib instead of sleeping.

“I forgot every word to every song I knew,” she said.

So she made up songs of nonsense words and sang him to sleep.

The Wrens had been told that the baby couldn’t hold anything down and promptly threw up whatever he swallowed.

They tried different formulas until they found one he could keep down.

They took to calling him Baby D.

A caseworker came to the Wren home on March 20 to retrieve Devin and was shocked that he was eating without throwing up.

When she said they would try to get him a permanent placement in the next few days, Kevin spoke up.

“I think he should stay here,” he said and it was settled.

That summer, the Department of Human Services started procedures to terminate the mother’s parental rights.

The caseworker asked if the Wrens would be willing to adopt the baby.

Angie voiced concerns if they were too old or too white.

“You are the bonded parents to him,” the caseworker said.

It was a record-setting adoption, finalized in Oklahoma County on Dec. 28, 2017.

It was, Angie said, the best day ever.

With his new last name, they decided their new son needed a new first name as well. Keeping the letter D, they settled on Devin since that is close to Kevin. Their three biological children insisted on Trey for a middle name since he is the third son in the family.

Their oldest, Colton, is 28 and works with his father in  the family’s construction business.

Daughter Riley is 24 and a law student at the University of Oklahoma. She is married to Brennon Barger.

The youngest is Avery. The 17-year-old will be a senior at Purcell High School.

It amuses Angie that Devin is barely older than his nephew and niece.

The Wrens are guarded where Devin is concerned. They have learned to stay away from prejudiced folks who can’t accept a black son in a white family.

At some point, Angie sat down and in a couple of days wrote a children’s book about a black baby and a white mother.

“The older kids and I were going to illustrate it ourselves,” she said. “But we were either too busy or not creative enough. So I talked to Mr. Corea.”

The high school art teacher agreed to illustrate the book, using pictures of the family as a guide.

Unsure where to turn to find a publisher, Angie contacted a former student who’d had a book published.

The student recommended her publisher, Atmosphere Press in Austin, Texas.

“The editing didn’t change much of it,” she said, “and there was very little tweaking on the illustration part.”

“I Got You” is the title and Angie is donating a share of the book proceeds to Kehila Park Foster Care Community in Sulphur and the Oklahoma City Crisis Nursery.

News of the book has been spread on social media and through friends.

Though Angie did do one book signing at Savvy Park in downtown Purcell, she admits she isn’t very comfortable with book promotions.

The Wrens are no longer foster parents, a decision that left Angie feeling guilty. She promised the caseworker that she was always willing to recruit others.

“It is difficult to foster and work full time,” she said.

As for Devin, now 5, he sailed through pre-K and will start kindergarten this fall.

He loves sports, especially his T-ball team and watching the Purcell Dragons on the gridiron. He loves the beach and any opportunity for a swim. Any spare time is spent practicing basketball.