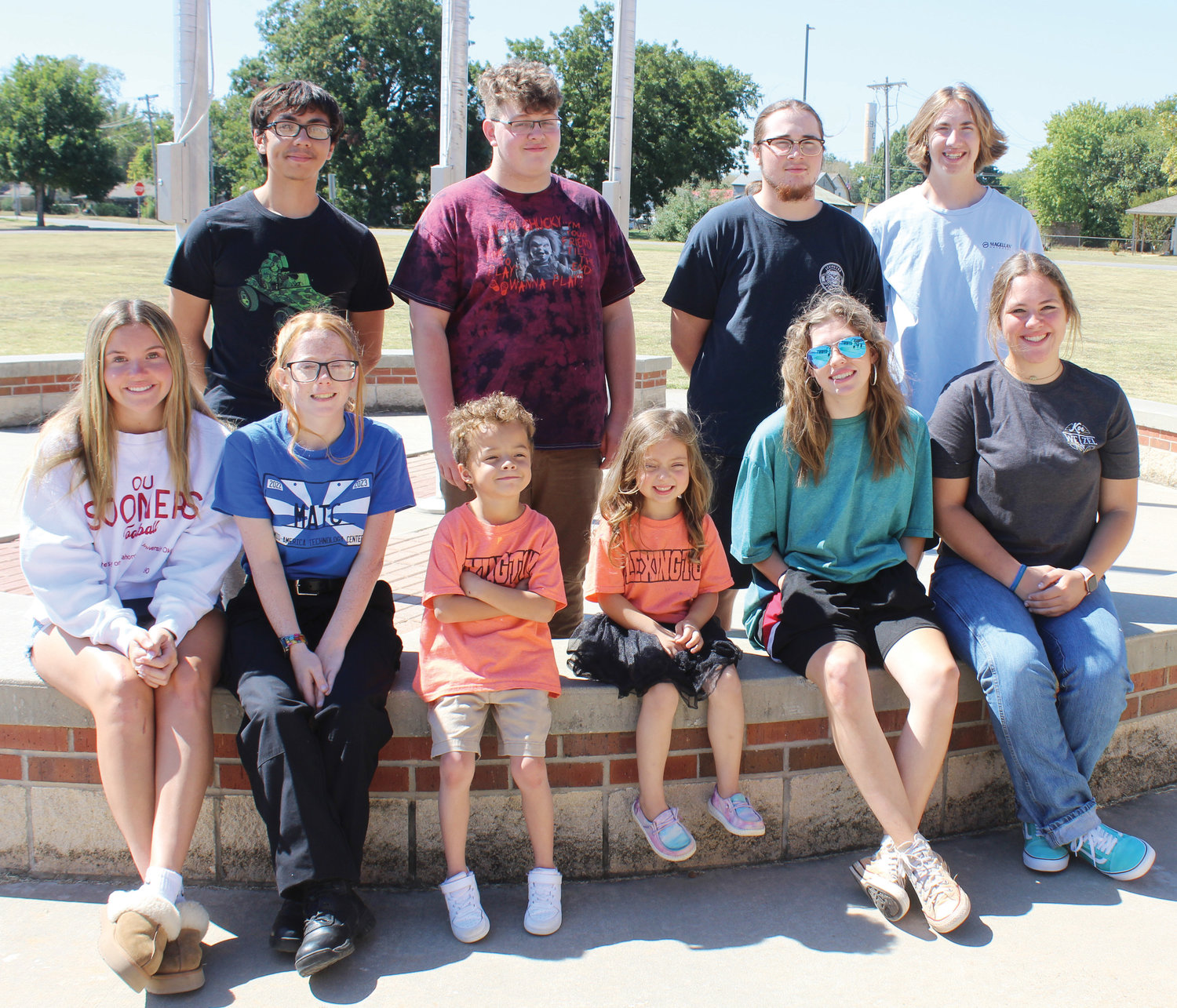 Friday’s homecoming celebration in Lexington will begin with a parade at 1:30 p.m. and the coronation of a queen and king at 7 p.m.

The hometown Bulldogs will play the Coalgate Wildcats, with kickoff at 7:30 p.m.

Barber is senior class vice president. She plays fast- and slow-pitch softball and is committed to play softball at Seminole State College. Her parents are Kristin and Mike Barber.

Benson is a National Honor Society member and is included in the National Society of High School Scholars. She is a basketball manager and class officer. She is on Student Council and is a member of Outdoor Club and FCCLA. She competes in archery and is active in art and vocal music. Her parents are Michele and Garrett Benson.

Bradsher is an honor student and member of FCCLA and Student Council. She has been a cheerleader for four years and competes in track and field. She is the daughter of LeAnn Bradsher and Mike Bradsher.

Briganti performs in show choir and is a cheerleader. She is dance captain for show choir and alto section leader. She made the All-American NCA team and has earned superior ratings on every solo since sixth grade. She is the daughter of Kenya Morris and Nicole Briganti.

Collins is cheer captain. She participates in wrestling and HOSA. Her parents are Zachary and Amber Collins.

Free is a band member and an honor student. She has competed in band, earning five superior ratings in solo and ensemble. She attends the EMT program at Mid-America Technology Center. She is the daughter of Heather Free and Darin Free.

Collier plays football and is included in the Top 200 quarter backs nationally. He is the son of Julie and Mike Collier.

Franks participated in Boys State and was All-State in choir. He is in show choir and competes in archery. He was part of the state’s third best archery team. He is a Student Council member. His parents are Robin Franks and Johnathan Franks.

Garcia is a member of NHS, band and the Gifted and Talented Program. He attends medical office classes at MATC. He qualified for honor band in 2018 and 2022 and was awarded a scholarship by his church for academic excellence. His parents are Alma Linares and Roberto Garcia.

Schivers participates in show choir. He is the son of Tara Harmon and Bryon Schivers.

Steelman plays football and participates in powerlifting. He is the son of Jamie Moore and Rick Moore.

Jordyn is the daughter of Tyler and Stevenna Thetford. Jonsey’s parents are Jared and Nikki Ennis.