Lean on me D 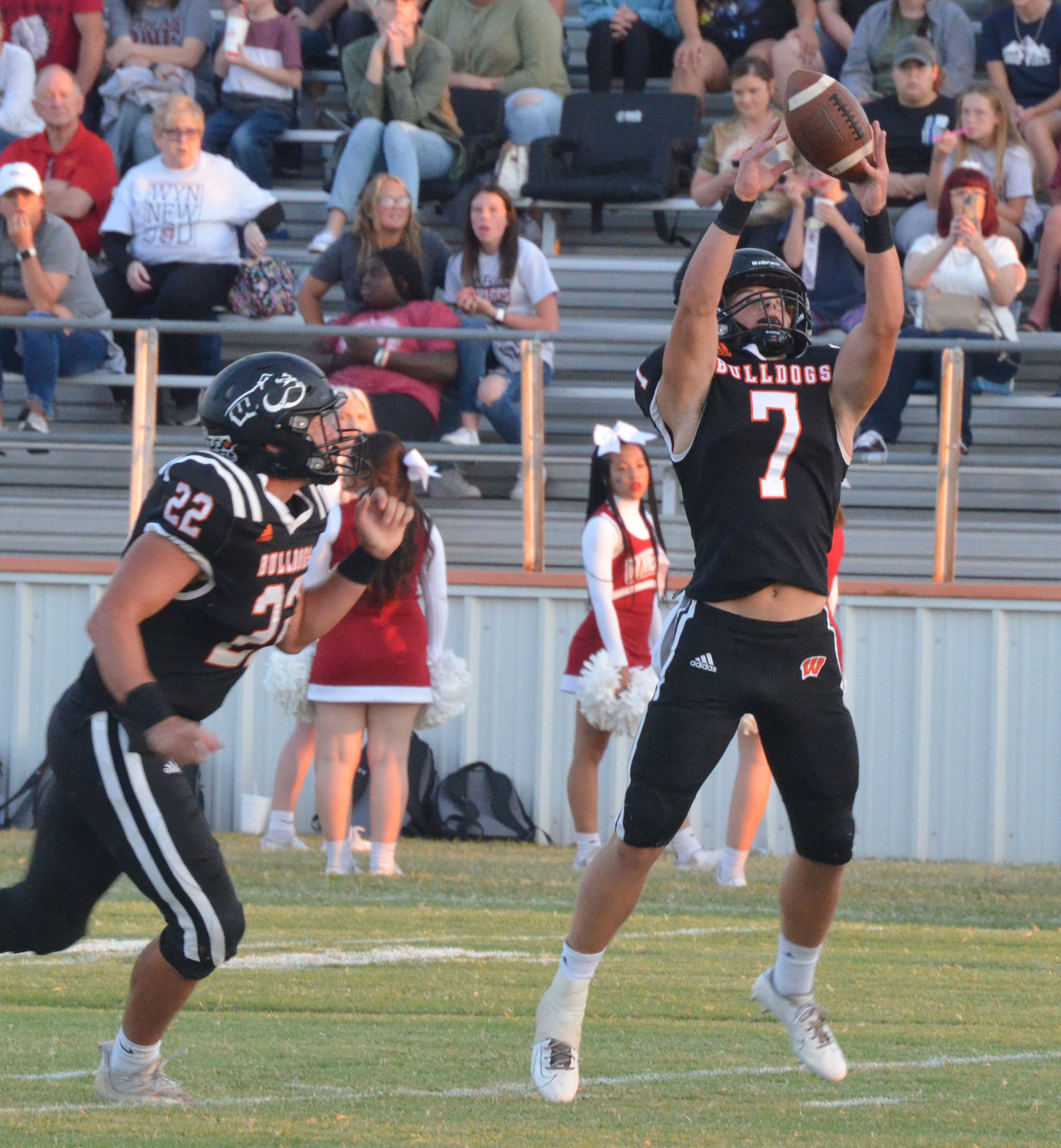 We limited what Healdton was able to do. The defense played the full four quarters. We got to see how the defense would respond and they responded.”
Brandon Sharp, Wayne head football coach
John Denny Montgomery

With Wayne’s offense not firing on all cylinders Friday night, they turned to their defense as a steady hand to defeat Healdton 25-0.

It was Wayne’s first shutout of the season, although their starting defense has only given up one touchdown so far this season.

“Healdton only had 28 snaps” Sharp said. “We forced a lot of three and outs.”

Junior defensive back Kaleb Madden is developing into a lock down defender in the Wayne back end.

After he picked off two Healdton passes Friday night they decided not to throw his way again.

“Kaleb is getting better and better at corner,” Sharp said. “He locks on the team’s best receiver every week and he’s stuck on an island out there. Healdton tested him and he got two picks. He needs to keep improving because in these next few weeks he’ll be playing some big-time players.”

Maddox Mantooth continued his strong play along the interior defensive line and registered six tackles, plus forced a fumble.

Issac Hill had four tackles and forced a fumble.

“He’s a sophomore and is really coming on,” Sharp said. “He has a chance to be really good.”

“We feel like if our offense sputters our defense can help us out,” Sharp said. “It will keep me from trying to force something with my play calling.”

“We weren’t as motivated as we’ve been the rest of the season,” Sharp said. “It was our worst blocking night across the board. We didn’t finish drives and put the ball into the end zone like we’re used to.”

Mullins scored Wayne’s first touchdown in the opening quarter on a run of seven yards and the point-after attempt by Adolfo Vasquez was good.

Lewelling added another touchdown in the first on a 25-yard run.

“Brannon was a beast on offense and was breaking tackles all over the place,” Sharp said.

Lewelling finished the night with 139 yards on 12 carries.

Mullins scored two more touchdowns – a seven-yard run in the third and a one-yard plunge in the fourth.

He had 202 yards on 26 carries and three touchdowns. Mullins also had 36 yards passing on four attempts, including a crucial pass to Madden for a critical first down.

“Healdton had a good game plan and they played really well against us,” Sharp said. “We had to earn what we got. We’ve gotten spoiled.”

Up next is Dibble (3-3) on Thursday night at D.S. Zack Powell Stadium for a 7 p.m. kickoff against the Demons.

“They are really good and very athletic,” Sharp said.

Dibble runs a 4-3 defensive scheme and gives offenses problems with slants and changing what their linebackers do.

“The slanting will make us work hard,” Sharp said.

Offensively Dibble will try to outflank defenses by running the same plays out of a lot of different formations.

“This is the part of the season we’ve been waiting for,” Sharp said. “It should be fun. Our energy will be better Thursday .”

Wayne head coach Brandon Sharp nominated Brannon Lewelling for Heart of Oklahoma Offensive Player of the Week.  The senior rushed for 139 yards and scored one touchdown.

Sharp’s nominee for Heart of Oklahoma Defensive Player of the Week was Kaleb Madden. He had two interceptions.

The nomination for Heart of Oklahoma Defensive Lineman of the Week was Maddox Mantooth and Kevin Bynum.

Wayne senior night is this Thursday at 6:30 p.m. Kickoff will follow at 7 p.m.