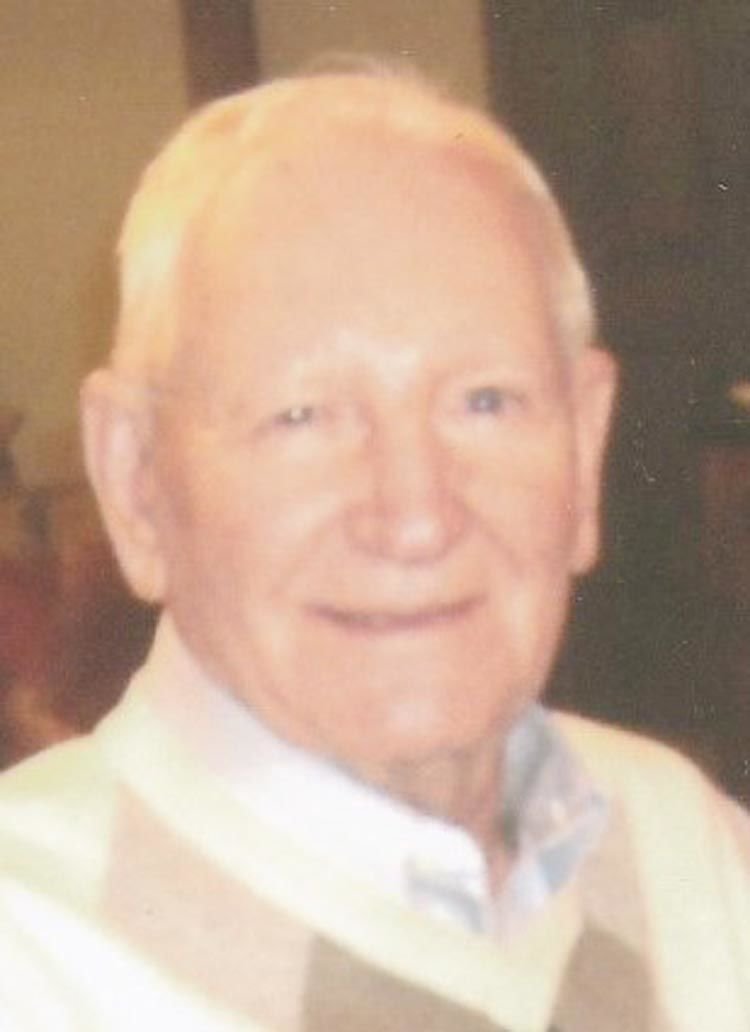 Grady Reece Henderson was born February 16, 1928 in Alex, Okla., the oldest of four children born to Gordon and Etta Mae Henderson. He was raised in Elmore City and attended school there, graduating with the Badger Class of 1945.

Grady then joined the United States Army and served his country proudly. While in the service, and through a mutual friend, Grady began writing a young lady from Oklahoma City. His new pen pal was Lorene Chapman, and after a few letters, the young couple met in Elmore while Grady was on furlough for the holidays.

It was love at first sight, and Grady married Lorene on December 23, 1947 in Oklahoma City. They made their first home in Oklahoma City, and spent some time in Tulsa before settling in Purcell in 1951. Together they raised their only son, Mike.

Grady was working for the ATSF Railroad as a clerk and retired as an Agent after more than 42 years. Grady and Lorene also owned and operated Modern Radio & TV on Main Street Purcell for more than 23 years. Grady stayed active in his community, serving on the Chamber of Commerce and had various other civic interests. He was a hard worker and a great provider and he cherished his Lorene.

When he wasn’t working, he enjoyed playing Skip Bo and dominoes and was a member of the Rawhide Square Dance Club. He was a man of great faith and a longtime and faithful member of the First Christian Church in Purcell. He was a wonderful husband and father, grandfather, great-grandfather, brother, uncle and a good friend. He will be dearly missed!

He was preceded in death by granddaughter, Jaime Henderson; his parents, Gordon and Etta Mae Henderson and his sister, Margarett Harolson.

Grady is survived by his sweetheart for more than 72 years, Lorene, of the home; his son, Mike Henderson of Purcell; great-granddaughter, Zoë Adam of Enid; two brothers, Jimmy Henderson and wife, Violet, of Lindsay and Gordon Junior Henderson and wife, Alma Jean, of Oklahoma City; several nieces and nephews and a host of other family and friends.