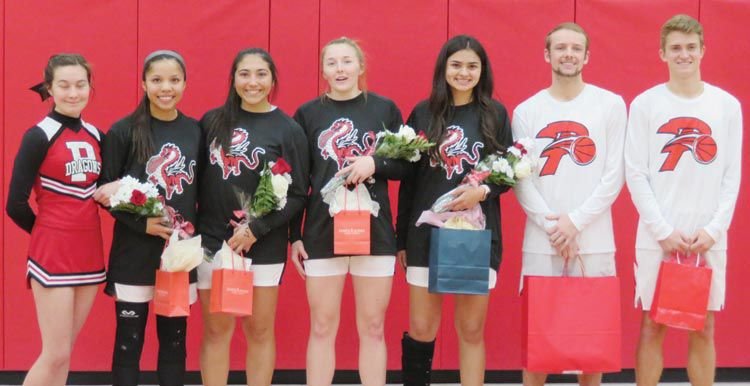 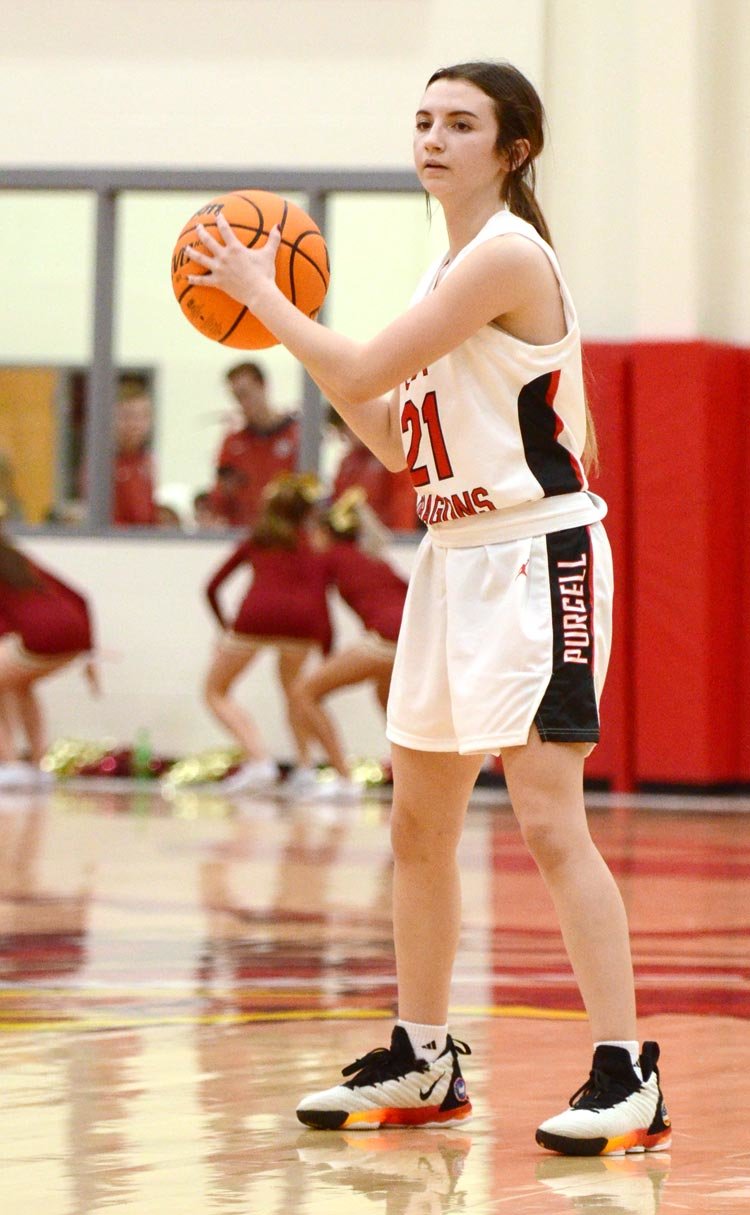 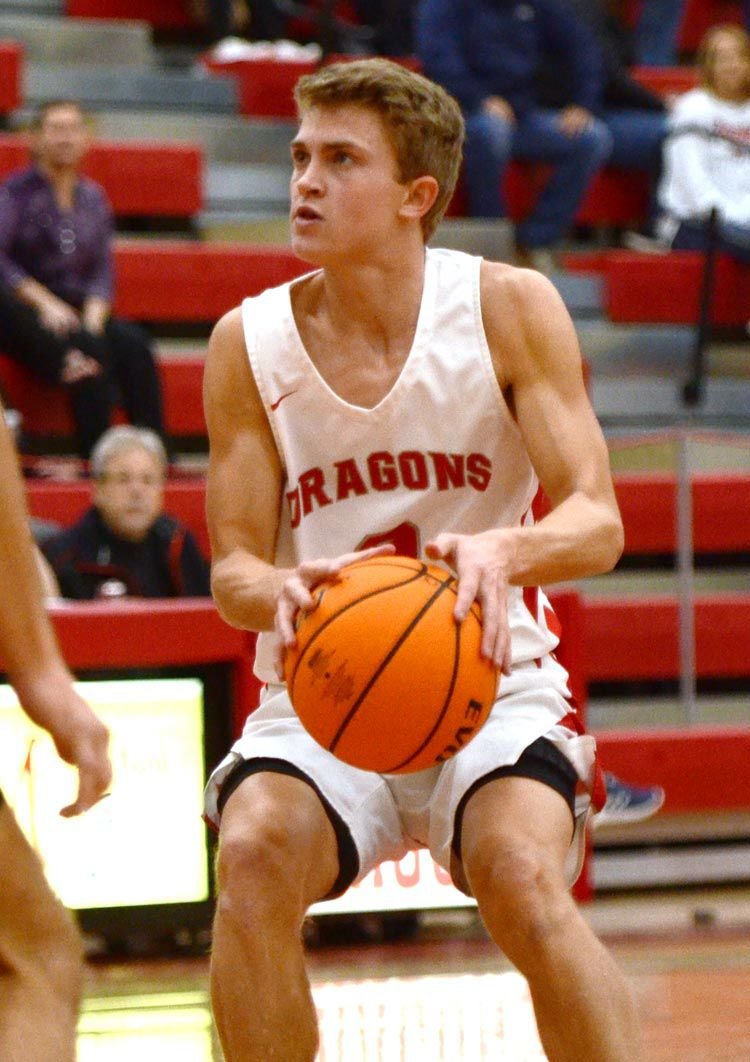 Gavin Nation pulls up for a jump shot. Nation and the Dragons travel to Marlow tonight (Thursday) for the last regular season game of the year.

Purcell’s Dragons continue to be the cardiac kids coming from behind in the fourth quarter in recent games to post victories.

The latest was last Friday night at home against Lexington when Purcell came back from a 28-26 deficit to start the fourth frame to post a 43-35 victory, led by Gavin Nation’s game-high 22 points.

“Our defense is keeping us going,” head coach Roger Raper said. “Our offense has not been extremely fluid during the last few games but our defense has kept us alive.

“Two of our last three games we have been behind in the fourth quarter and came back,” Raper continued. “We did it again Friday night and I’m glad we were able to do it.

“But it’s kinda’ scary to keep going that route because it can come up and bite you. This group just keeps fighting. They keep guarding the heck out of people, giving us a chance even when our offense is not what you want.

“They’ve been rebounding pretty well. We’re just struggling with our offense but we haven’t let that affect our defense,” Raper said.

Earlier last week the Dragons traveled to Bridge Creek posting a 54-47 victory when they didn’t have to mount a fourth period come back.

Brown was hot from the outside draining four treys on his way to a team-leading 16 points. Jorge Sotelo joined Brown in double figures canning 12 points in the paint including 10 in the first half alone.

Nate Willis finished with 10 points in the victory.

The Dragons built a 10 point half time lead that bulged to 13 to start the final quarter.

Coach David Sikes’ Dragons neatly tucked victory number 12 in their pockets last Friday night with a 61-57 victory over Lexington behind the scoring duo of Kora Keith and Alicia Baker.

Keith nailed four baskets from downtown to lead all scorers with 26 points. Baker, who had a double-double in the game, finished with 17 points.

“I can’t be more proud of the fight my girls had,” Sikes said. “We got a big night from freshman KK Eck who scored eight points off the bench.

“Alicia continued to be what she is and Kora’s shooting from the outside was very helpful. Lexington is a very tough opponent. The game was very similar to the first game. We built a big lead and they came back on us,” Sikes said.

Bridge Creek pinned a 63-59 loss on the Dragons despite a game-high 25 points from Baker, who had yet another double-double.

Keith finished with a dozen with Emily Madden nipping at her heels with 11 points.

“Bridge Creek is always a tough game for us especially at their place,” Sikes said. “It was the second time this season they shot the ball extremely well.

“We got behind early but battled back to take the lead but in the end turnovers proved costly,” the coach said.

“Our conference is so tough,” Sikes said. “Anyone can beat anyone else on any given night.”

Purcell will close out the regular season this week hosting Lindsay Tuesday night and traveling to Marlow Friday night.

The Dragons will host the District Tournament against Marietta February 22. Purcell will also host the sub Regional the next weekend with Lexington and Marlow.