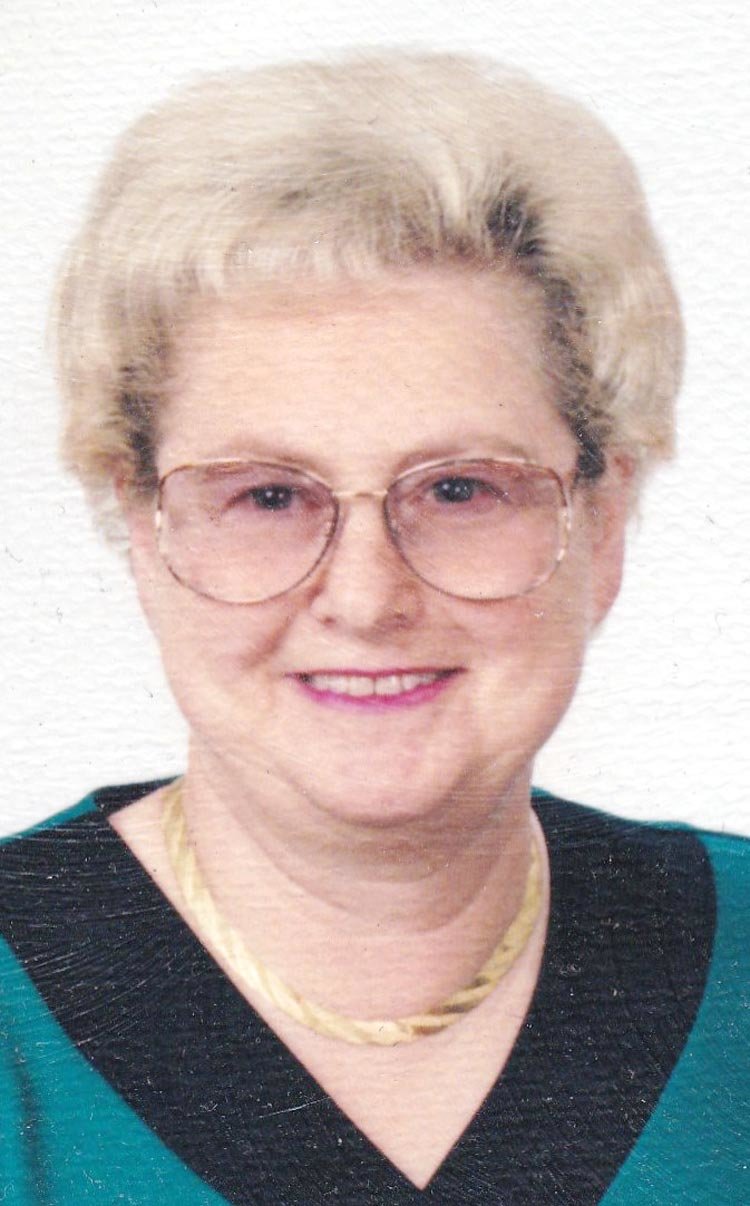 Graveside Funeral Services for Euyvone “Bonnie” McCall, 85, of Purcell were held Tuesday, April 21, 2020 at Hillside Cemetery in Purcell. Services were under the direction of the Wilson-Little Funeral Home in Purcell.

On December 3rd of that same year, she married her best friend and life partner, Glenn Franklin McCall. They made their home on the family farm near Maysville where together they raised three children, daughters, Donna and Cathy, and son, Lloyd.

Bonnie worked for many years at McClain Bank in Purcell. She started as a teller and then worked as Earl Sherman’s personal secretary until he retired. Bonnie then worked her way up to Assistant Vice President where she oversaw repossessed property. She retired in 2000, after more than 32 years of dedicated service.

When she wasn’t working, Bonnie enjoyed tending to her garden. She was a member of the Stealey Home Extension Club for more than 15 years. She enjoyed sewing, and made many bibs and quilts for our veterans at the Norman Veterans Center. She was a member of the Wayne First Baptist Church for many years, before moving her membership to Purcell First Baptist in 1993. She was a woman of great faith; a wonderful wife, mother and grandmother and dear friend to many. She will be dearly missed!

She was preceded in death by her husband, Glenn McCall in February of 2019 and her parents, Pete and Norene Garrett.

Bonnie is survived by her daughters, Donna Hawkins and Cathy McCall, both of Lexington; son, Lloyd McCall and wife, Alicia, of Collierville, Tenn.; sisters, Velma Little of Wayne and Velta Johnston of Yukon; brothers, Thomas Garrett of Purcell and Fred Garrett of Granby, Colo.; three grandchildren, Michael Brakefield, Jill McCall and Lauren McCall; three great-grandchildren, Adam, Aubree and Atreyu; three great-great-grandchildren, Korbin, Maisie and Orion; and a host of other family and friends.