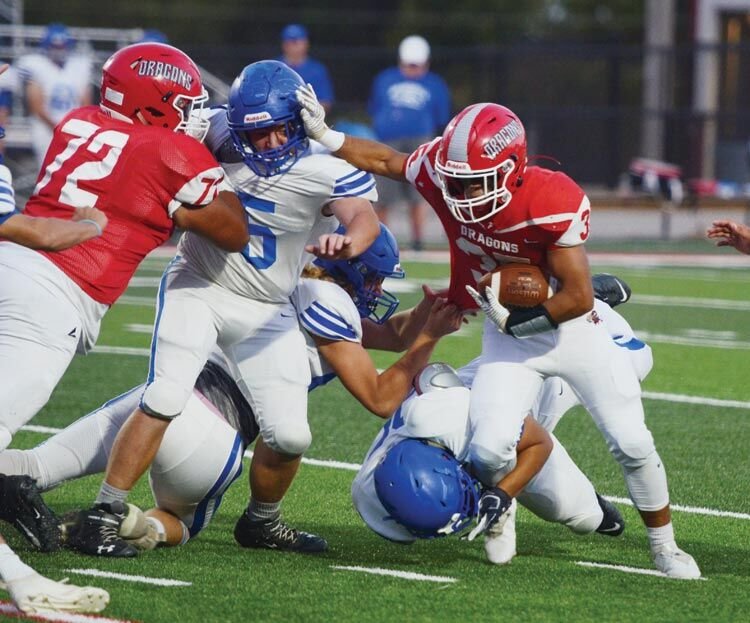 Sam Wofford extended a stiff arm to a Holdenville defender while fellow senior Jaysen Shea finished him on a block Friday night. Purcell defeated the Wolverines 42-22 in front of a homecoming crowd. 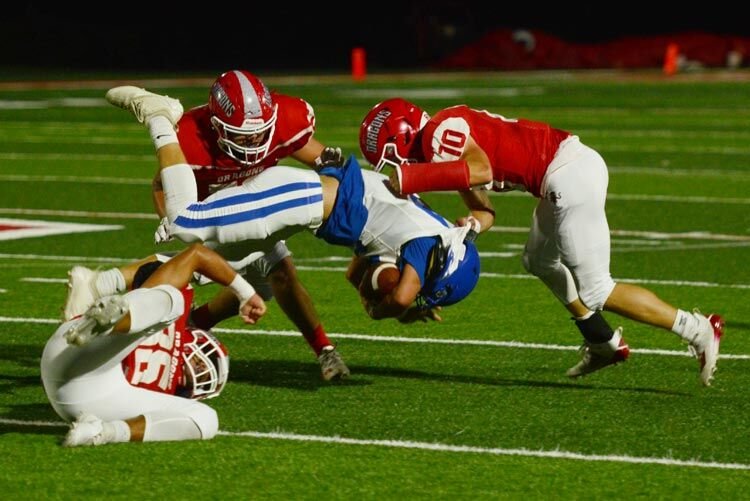 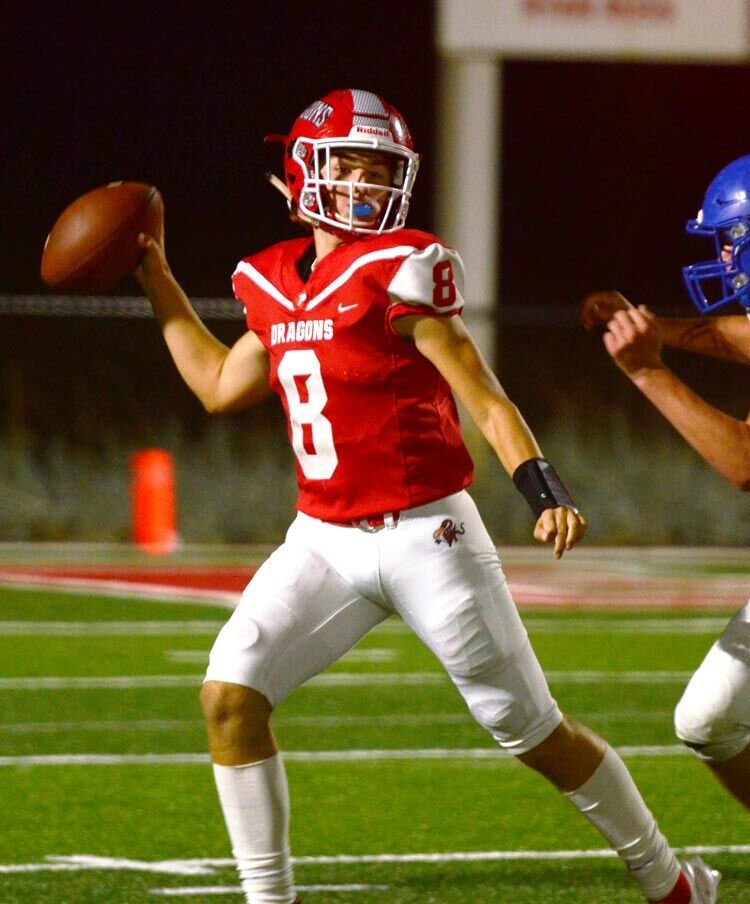 Brody Galyean finds an open receiver Friday night during Purcell’s 42-22 win over Holdenville in front of a homecoming crowd at Conger Field.

The game really wasn’t all that close since Holdenville left their starters in the entire game and threw over the top on Purcell second and third units and also kicked onsides in the waning minutes of the district contest.

At one point it was like Kroth was fishing and hit a school of hungry perch.

He was throwing touchdown passes about as fast as he could reel in fish.

Mojo Browning, who caught eight total balls for 209 yards, hauled in a pair of Kroth touchdown tosses one for a cross country 69 yards and the other from 17 yards out.

Creed Smith grabbed a 33 yard scoring strike from Kroth and also crashed into the end zone from one yard out giving him one rushing and receiving touchdowns. Smith finished with six catches for 87 yards.

Sam Wofford smashed the line for a five yard touchdown burst and junior Hayden Harp was on the receiving end of a 37 yard touchdown pass off the arm of Kroth with Purcell eventually building a 42-0 lead.

Purcell Head Coach Tracy Scott singled out the play on offense of Smith, Harp and Kroth.

“Kody threw the ball well and played well overall,” Scott said. “Also, Payson Purcell did a good job of running the ball for us. Sophomore Jace Clary did a good job in the offensive line in his first start grading out at 98 percent before he got hurt.”

Wofford was his usual standout self on defense leading the team with 13 tackles. Jakeb Pollard and sophomore Jose Ochoa both finished with 10 stops for the Dragons against the Wolverines.

Jaysen Shea and Johnny Marquez finished with four and six tackles each.

“It’s pretty much the same guys that are playing well, but Pollard and Ochoa both played pretty well,” Scott said.

Overall, Scott was pretty pleased with his defensive performance since the Dragons built a 42-0 lead before calling off the dogs while Holdenville elected to leave their starters in the game.

“We played pretty well overall but we’re still making mistakes getting penalties where we don’t need penalties. In a close game that’s going to hurt us,” Scott said. “We’ve got to clean those up in a hurry.”

The Dragons will take a 2-4 and 1-2 record on the road with them tonight Thursday night when they take on the Ruf-Nex of Crooked Oak.

Crooked Oak is 0-2 on the season having only played a pair of games due to COVID issues.

The Ruf-Nex will operate out of a spread on offense with some empty backfield sets and base out of a 3-4 on defense.

Their roster includes only 17 players so depth is a factor for them.

Scott said the key for the Dragons is to simply go out and execute.

Kroth connected on 18 of 26 throws Friday night for 354 yards, four touchdowns and no interceptions.

Nominated as the Defensive Player of the Week was Jakeb Pollard. Pollard had 10 tackles on defense plus a couple on special teams.

“He does a lot of things for us,” Scott said.

Johnny Marquez was nominated as the Defensive Lineman of the Week for his six tackle performance against the Wolverines.

Sophomore Jace Clary, making his first varsity start in the offensive line, was nominated as the Offensive Lineman of the Week.

Clary graded out at 98 percent before leaving with an injury.