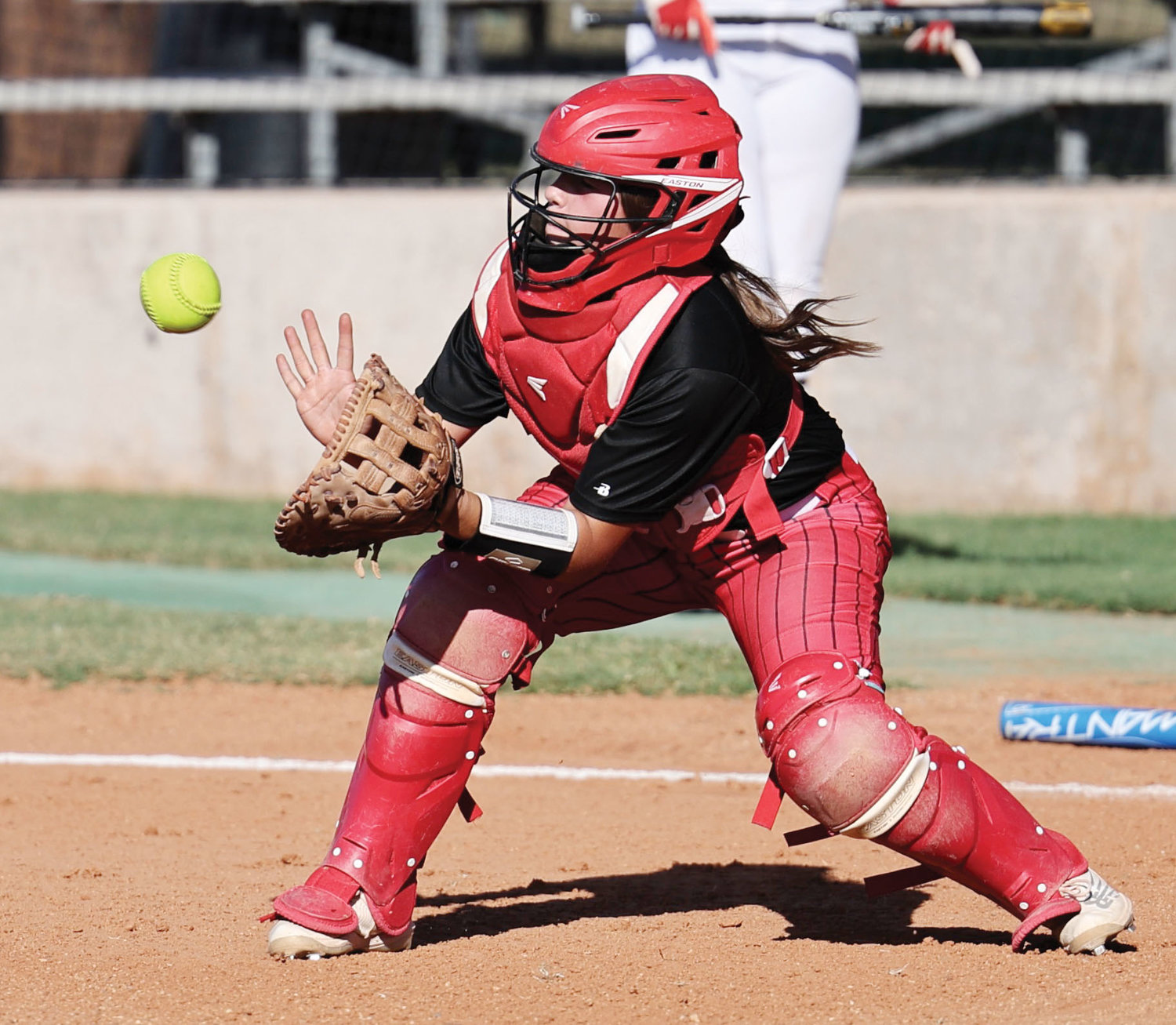 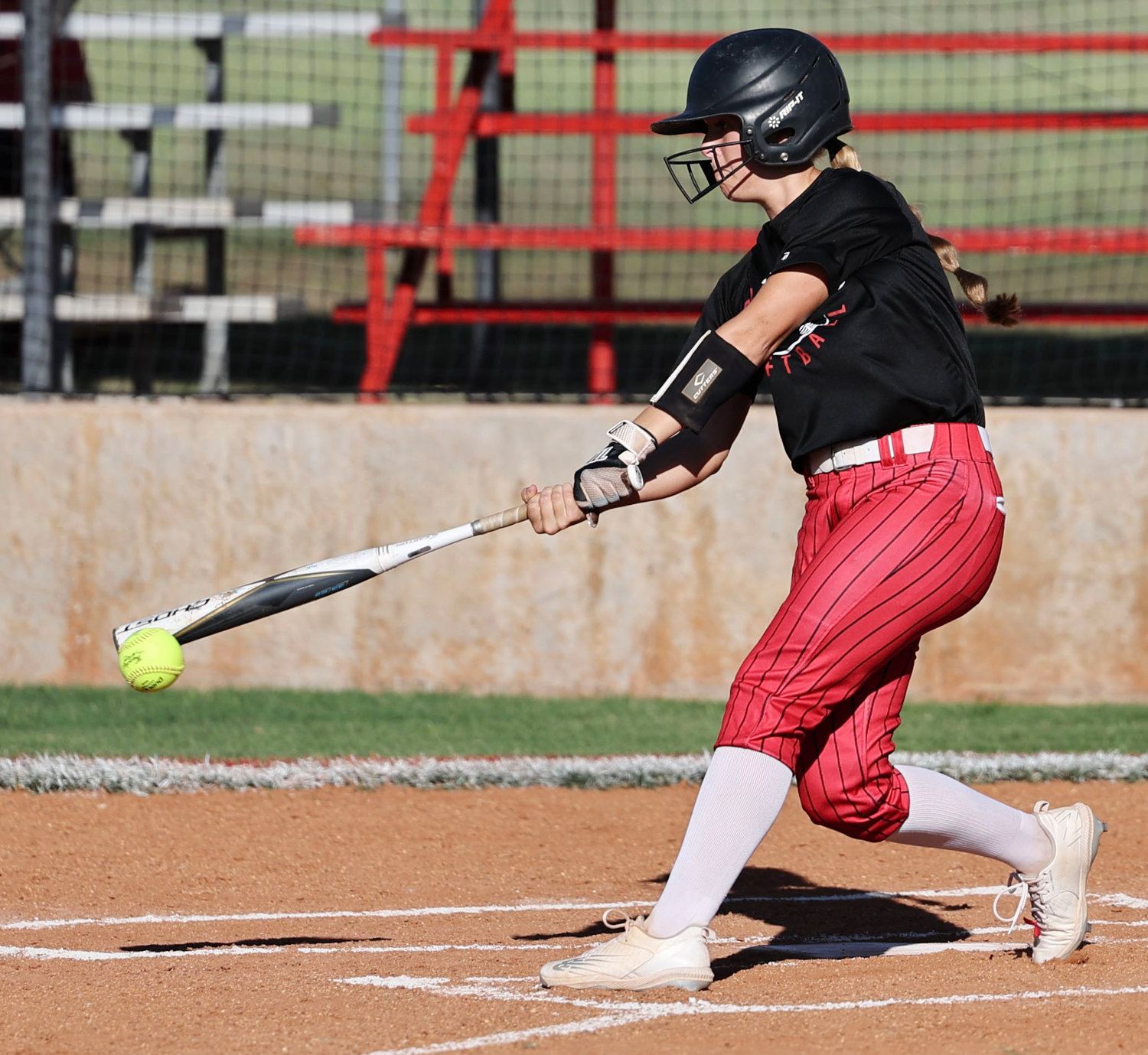 Purcell senior KK Eck puts the bat on a pitch during a 17-1 Dragon win over Meeker.
Janet Moore 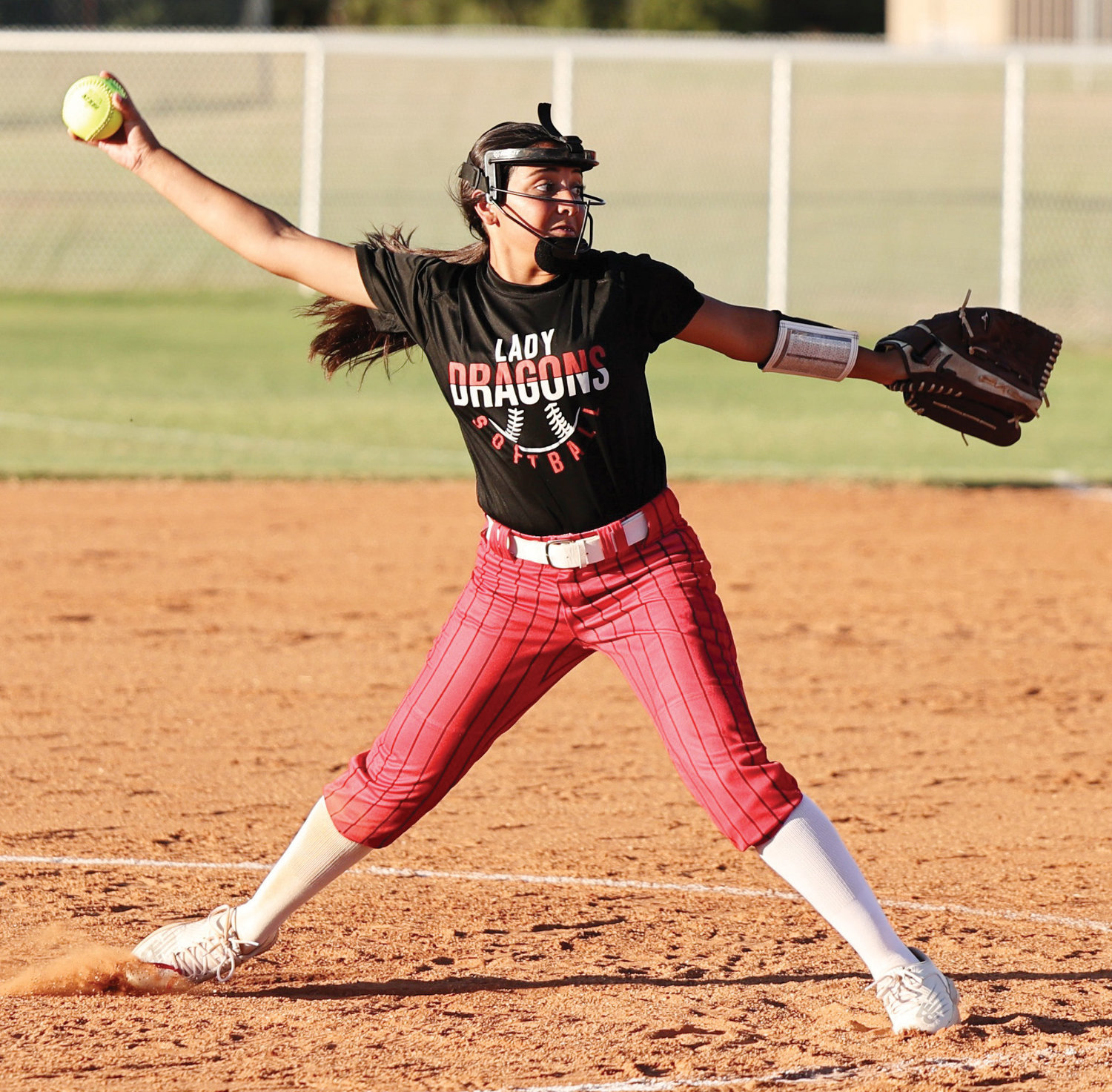 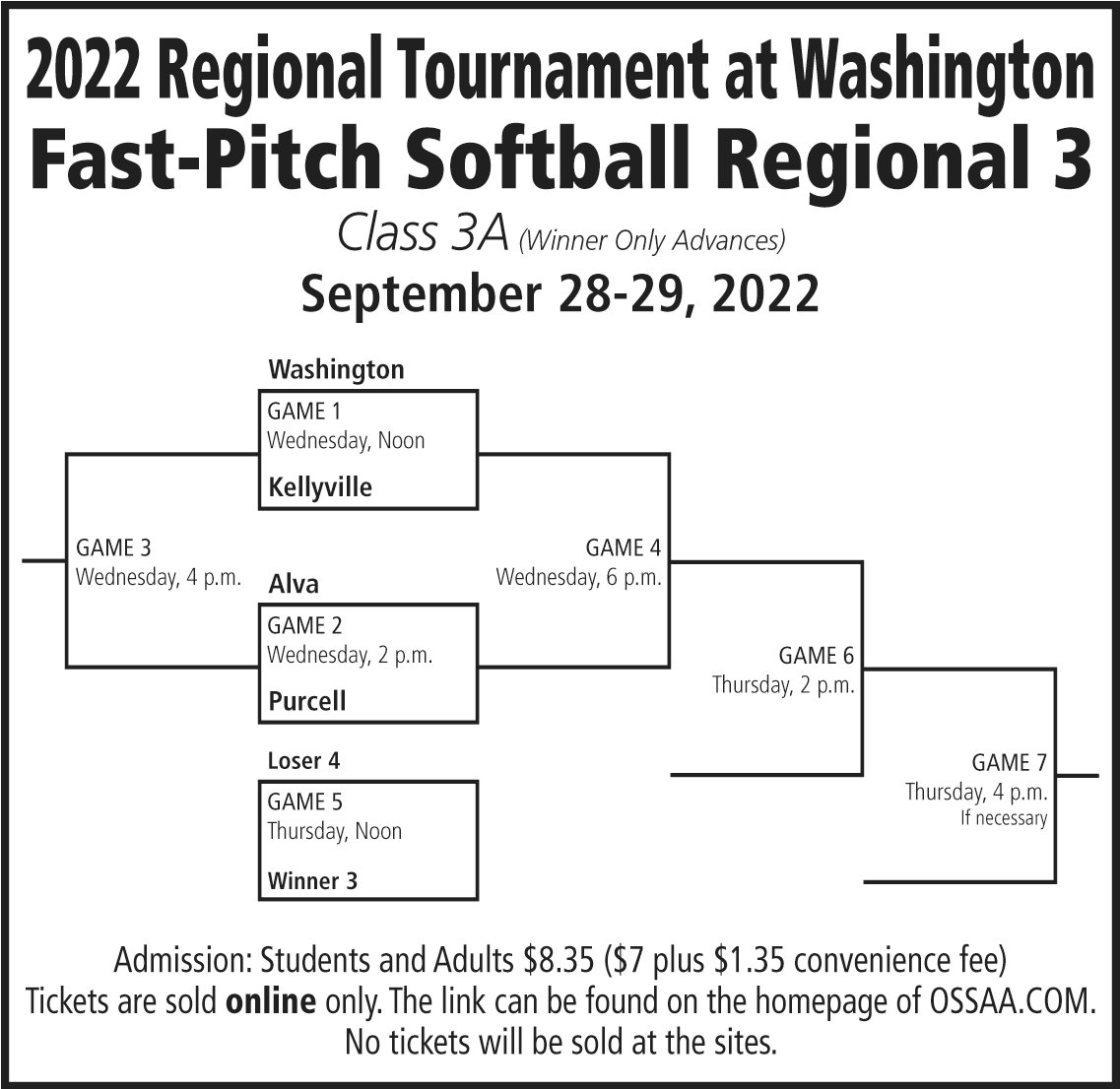 Washington is hosting a Class 3A Regional that includes Purcell, Alva and Kellyville.

The Warriors opened the tournament at noon Wednesday against Kellyville.

Purcell was to tangle with Alva at 2 p.m. Wednesday with the winners playing at 6 p.m. The losers of game one squared off at 4 p.m. Wednesday.

A complete bracket can be found in this week’s Purcell
Register.

“I feel we are exactly where we need to be before Regionals,” head coach Sarah Jones said. “Our minds are right. We are playing as a team. Our dugout is constantly on fire. We are all having a roll and doing it well,” the coach said.

The Dragons, 19-13 on the season, won three out of four games last week knocking off Meeker twice, Blanchard 4-3 before losing to Lone Grove 4-2 Monday.

“It was a great day to have Senior Night. We celebrated KK Eck, Lauren Holmes, and Kyleigh Wells (unable to play due to injury),” the coach said.

Hannah Whitaker went 6-7 on the day with an in-the-park-home run and 10 RBI’s. Hadleigh Harp and Payci Constant each had three hits, with Carli Thomas, MacKenzie McKay, Eck, and Aubrey Elmore all had two hits.

“Lili Del Toro and Kailynn did their job in the circle only allowing three runs on the day,” Jones said. “I appreciate KK and Lauren for their commitment to our program the last four years.

“I am excited to see how we finish and watch them have a successful basketball season. Kyleigh (Wells) even though we haven’t had you for long, we are glad that you chose to end your senior year here at Purcell,” the coach said.

In the victory over Blanchard Jones said from top to bottom the Dragons made things happen.

“They have a really good pitcher and can swing the bat well,” Jones said.

Resendiz had a showing at the plate and in the circle going 3-4 and striking out 11.

“Mac and Hannah each had two hits each, the coach said. “KK and Savanna each had a hit. We made them work on defense and we had smart base running,” Jones continued. “We did a good job at situational hitting and found ways to make things happen.”

Jones said the Dragons were just an inning away from defeating Lone Grove.

“We had one inning where we made a couple of mistakes that cost us,” she said.

“Ella had a great day in the circle striking out nine,” the coach said.

Resendiz had two hits while  Helton, Holmes, McKay, Savanna Edwards and Whitaker all had a hit.