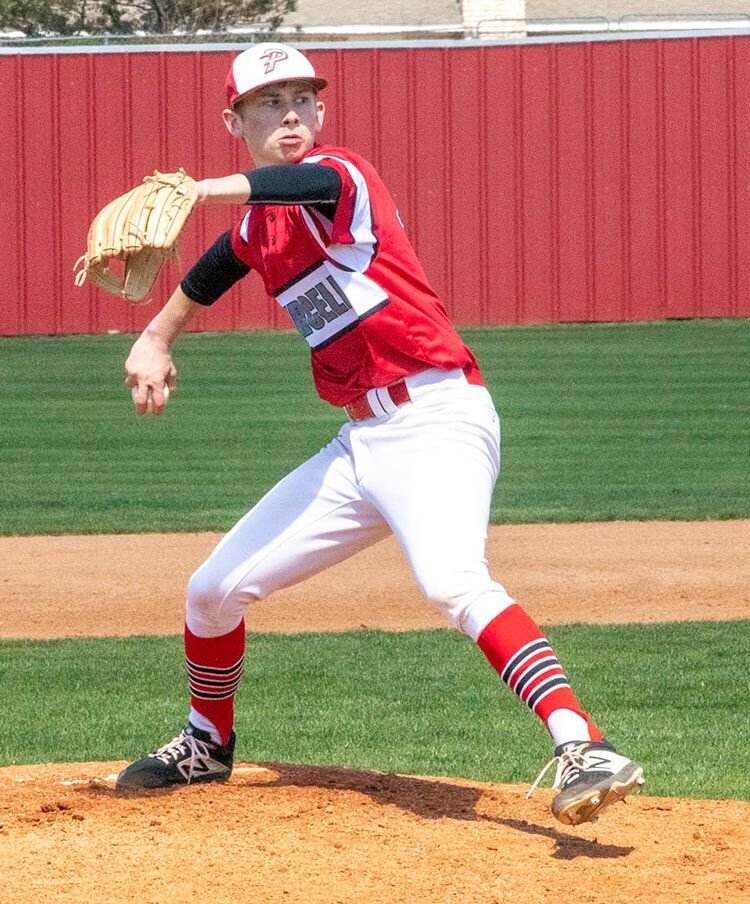 Purcell went 1-3 in last weekend’s AmPo Tournament knocking off Hydro-Eakley in the first round, 5-4.

The Dragons rode the pitching arm of Dayton Smith, who limited H-E to five hits.

“Dayton once again threw a heck of a game,” head coach Cole Sharp said. “He controlled the strike zone all day and kept Hydro off balance for the majority of the game.”

Sharp called it a “good win over a ranked team.”

“We played pretty good both offensively and defensively,” he said.

Cade Smith, Creed Smith, Hayden Harp and Jorge Munoz all had hits in the game. Munoz had two RBIs in the contest.

Purcell took a 13-11 lead into the top of the sixth but Atoka came back to push across six runs and defeated the Dragons, 17-13 despite a 15 hit attack on offense.

Purcell had three players go deep on the Wampus Cats.

Harp smashed a grand slam in the first followed by Dayton Smith with a two-run shot in the second and Nate Willis went yard with two on base.

Zach Idlett started the game on the mound for the Dragons. He was relieved by Creed Smith, who ended up getting saddled with the loss.

Purcell made four errors in the game and 10 in the tournament’s three games.

“Overall we need to limit the mistakes and the big inning to win these types of games in the future and stay focused,” Sharp said. “Atoka is a solid 3A team. Zach threw really well and Creed came in and pitched the ball really well.”

In the second round of the tournament Canute run-ruled the Dragons, 13-2. The Trojans out-hit Purcell, 13-5 in the game. Ryan Maynard took the loss on the hill.

Purcell was shutout at Kingfisher Monday, 9-0. The same two teams were to play here on Tuesday.

The Dragons are in the Newcastle Tournament this weekend.

The Dragons are slated to open the tournament at 4 p.m. today (Thursday) against Destiny Christian.

The winner of that contest will face the winner of Santa Fe South and Newcastle at 1:45 p.m. Friday.

A complete bracket is in this week’s Purcell Register.