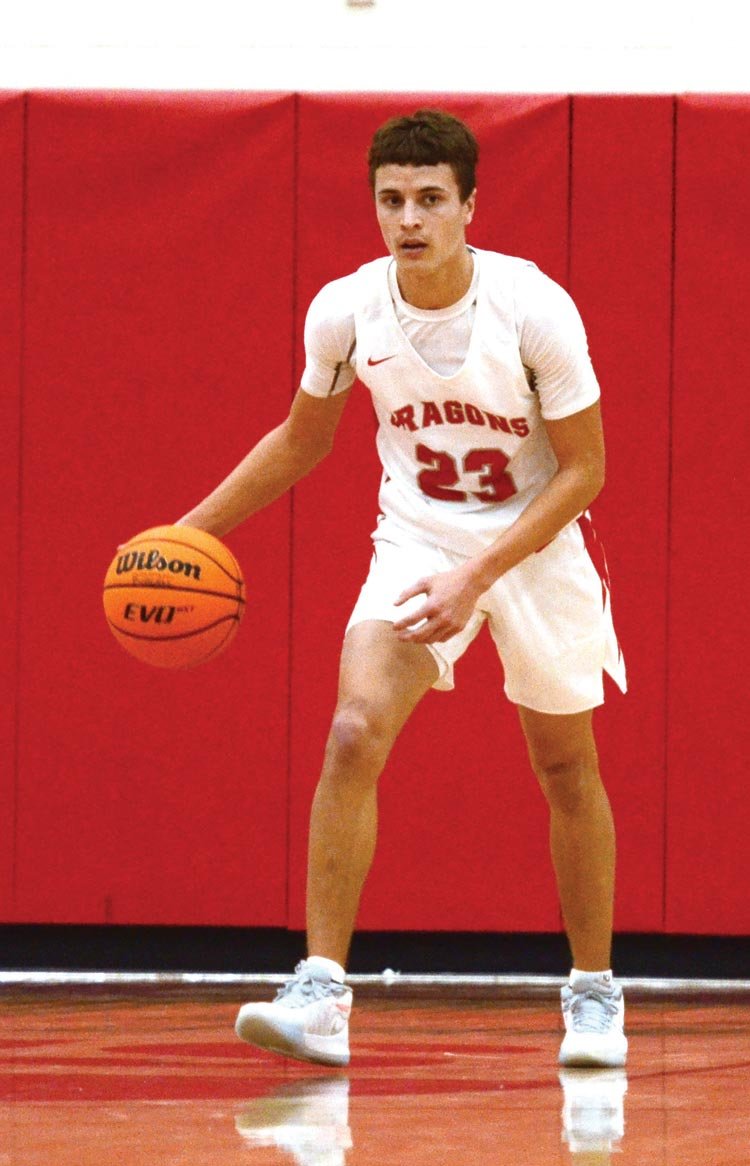 Mojo Browning starts the ball up the court for Purcell. The Dragons won two games last week with wins over Davis (46-43) and Pauls Valley (54-53). 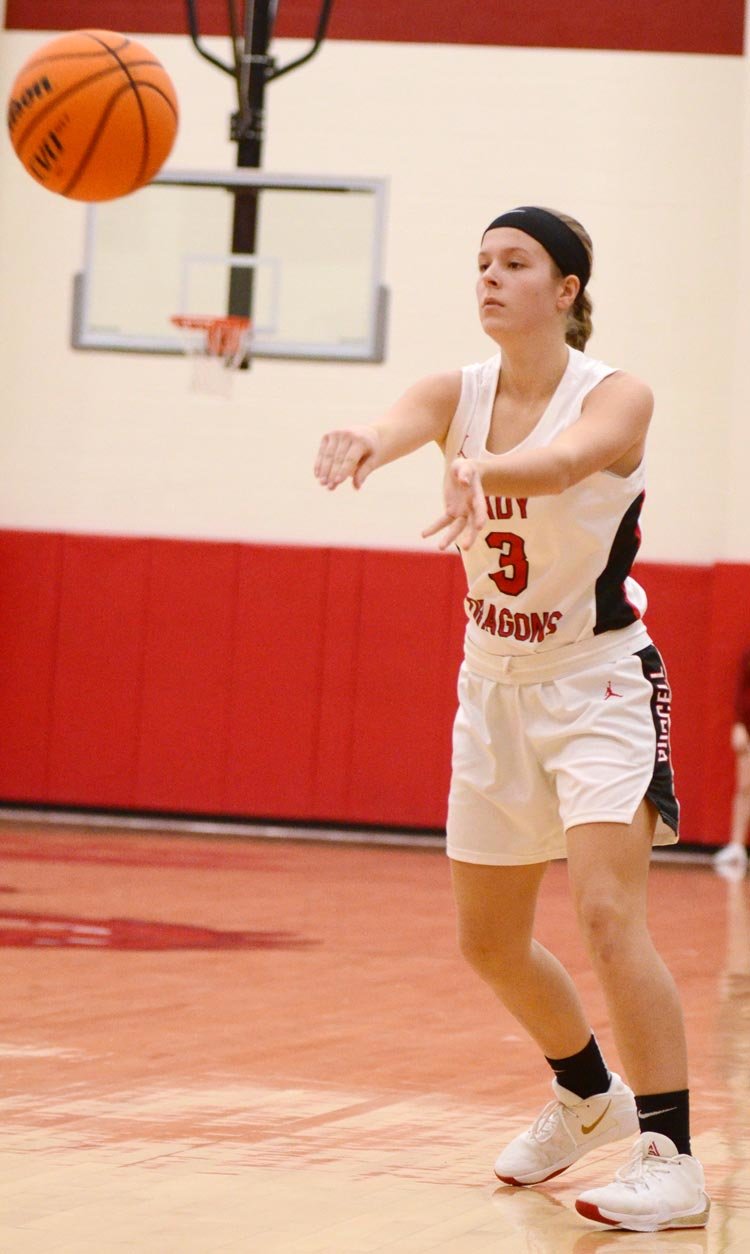 KK Eck reverses the ball on the perimeter. Purcell picked up wins over Davis (59-56) and Pauls Valley (53-51) last week.

Nation drained four treys en route to a game-high 17 points. Browning nailed three from downtown and finished with 14 while Willis ended with a dozen points.

Purcell out-scored Davis 12-7 in the fourth period to notch the three point win.

The game was even tighter at Pauls Valley last Friday.

Purcell trailed by 10 heading into the fourth period.

That’s when sophomore Jorge Sotelo went to work inside and Nation produced outside.

Nation scored six of his game-high 19 points in the final frame and Sotelo scored eight of his 16 total points in the last quarter helping the Dragons to an 18-7 advantage in the period and taking the narrow one point victory.

Purcell was 14-4 heading into Tuesday’s road trip to Bridge Creek.

“Those were two big road wins after being down in the fourth,” Raper said.

“Down six at Davis and down 10 at Pauls Valley and get wins puts us up two games in the conference race with four to go,” he continued.

“This team never quits competing especially on the defensive end.

“You give yourself a chance if you will guard each night and we have been able to do just that,” Raper concluded.

Alicia Baker and Kora Keith were scoring machines at Davis last Tuesday in an overtime victory over the Lady Wolves, 59-56.

Baker led all scorers with 29 with Keith right on her heels pouring in 27 points that included four treys.

Sikes said Baker has been a “double-double machine” of late.

“We played hard the entire game at Davis,” Sikes said. “We continue to make adjustments throughout the game. Despite a tough shot at the end for Davis, we played with composure in overtime.”

That’s when the Dragons edged Davis 10-7 for the three point victory. The contest was knotted at 49-all all at the end of regulation.

Sikes called the victory over Pauls Valley, “a fun game.”

“Both sides competed extremely hard,” Sikes said. “Alicia Baker played lights out from the start to the finish.

“This team is starting to learn how to finish off games,” he said.

The Dragons were down 10 points and Pauls Valley had the ball as time was dwindling down in the third period when a little Dragon Magic turned things around.

Baker played thief and got a steal and a layup at the buzzer pulling Purcell within eight as the fourth quarter unfolded.

“We got some crucial turnovers and forced some bad shots,” Sikes said. “Our execution out of time outs was excellent.”

And the Dragons pulled out the two-point victory, out-scoring the Lady Panthers 17-9 in the final stanza.

Purcell took an 11-7 record with them on the road at Bridge Creek Tuesday. Purcell hosts Lexington this Friday and Lindsay next Tuesday.

The Lindsay contest will be Senior Night.