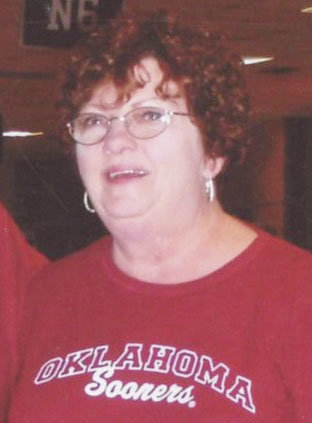 Barbara Gayle Idleman died April 21, 2022 in Purcell, Oklahoma, at the age of 75 years 1 month 16 days.  Graveside services are scheduled for 2 p.m. Thursday, April 28, 2022, at Hillside Cemetery, entrusted to the care of Wadley’s Funeral Service.  Online condolences may be made at www.wadleysfuneralservice.com.

Barbara was born March 4, 1947, in Tulsa, Oklahoma, to Clarence Lee and Pearl Alice (Morgan) Huntley.  She was the eldest of three children, being raised in Oklahoma City, Oklahoma. Barbara graduated from Capitol Hill High School in 1965.

She married Ronnie Davis, and together they had two sons, Ronnie Jr. and Bryan. After this marriage ended, Barbara met the love of her life, James Idleman. They blended their two families, Barbara’s two sons, and James’ son and daughter together. They made their home in Purcell. In 1976, James and Barbara added their son, Jimmy to complete their family.

She worked as a correctional officer at Joseph Harp, and as a licensed Beautician in Purcell for many years before her retirement. Barbara was a member of Victory Baptist Church and enjoyed singing special music duets with her best friend, Helen Price. She enjoyed playing bingo, and was nicknamed, “Bingo Barb.” Barbara loved her family and friends, and thought her grandchildren could do no wrong, ever.

Barbara was preceded in death by her parents, Clarence and Pat Huntley; her husband, James Idleman; and her brother, Lynn “Sonny” Huntley.