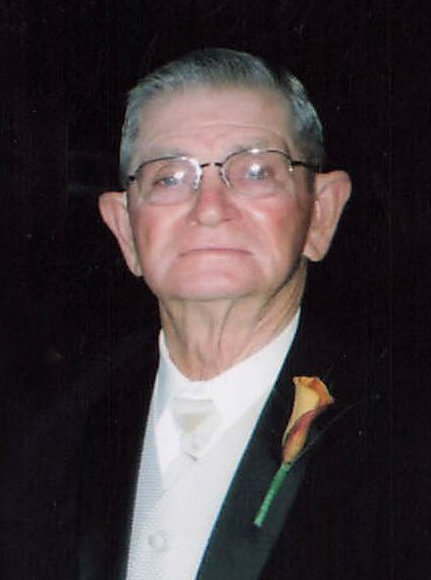 B. Ray Bratcher, 92, of McPherson, Kan., and formerly of Maysville, Okla., peacefully passed away on Saturday, June 18, 2022, surrounded by family at Brookdale Assisted Living, McPherson. Ray was born on May 11, 1930, in Washington, Okla.

Ray graduated from Maysville High School in 1947. He had been a farmer in both Kansas and Oklahoma as well as a gas plant operator, pipeline operator, and truck driver, but mostly he was a devoted husband and father.

He served his country in the United States Air Force, stationed in the New York area.

He was preceded in death by his mother, Eula Bratcher: first wife, Winonah Bratcher; and siblings, Joyce Carlberg, Wanda Johnson and Burnis Bratcher.

Visitation for family and friends will be held from 5 p.m. to 7 p.m. Thursday, June 23, 2022, at Winans Funeral Home Chapel, Maysville, Okla.

In lieu of flowers, memorial donations may be given to the Garvin County Food Bank, PO Box 638, Pauls Valley, OK 73075.  Please note in memory of Ray Bratcher.

Funeral services will be held at 10 a.m. Friday, June 24, 2022 at Winans Funeral Home Chapel, Maysville with Bro. Danny Gamble officiating. Burial will be in the Maysville Cemetery under the direction of Winans Funeral Home, Maysville, Okla. Words of comfort may be sent to the family at www.winansfuneralhome.com.