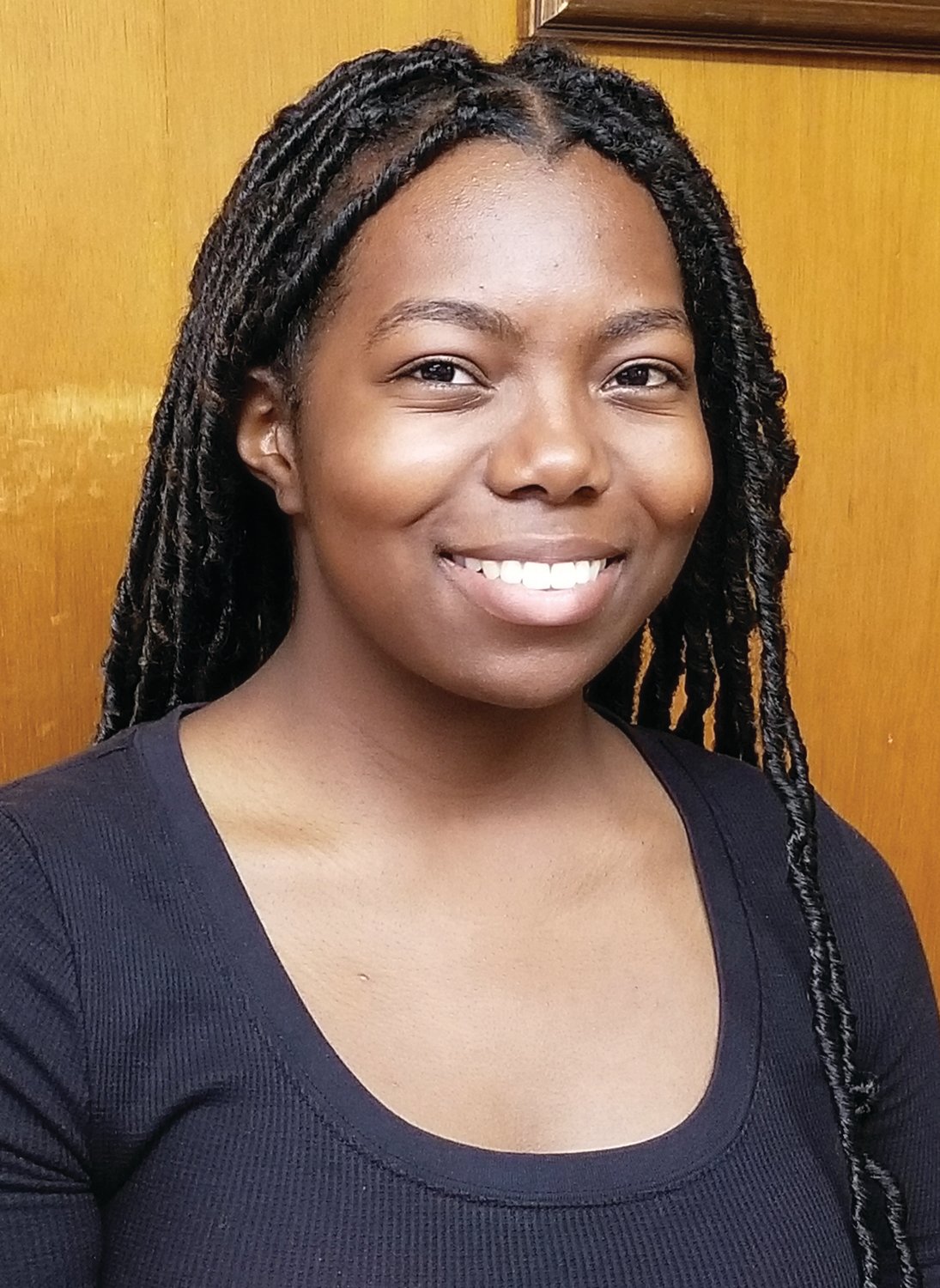 There is nothing in music beyond the ken of Kayla Marshall.

A senior vocal performance major at the University of Oklahoma, Kayla now finds herself on the other side of the baton as choral director at Trinity United Methodist Church.

In the spring she was searching for  a church job in Norman and wasn’t finding any openings.

Then in the early predawn of a May morning, she awakened suddenly with an idea to check Craigslist.

And there it was. An ad seeking a choral director at the Purcell church.

“I shot them an email and got a reply very quickly,” she recalled.

She interviewed and attended one Sunday “to see how the service ran.”

She started rehearsing the choir the following Wednesday.

“Everything sort of worked out,” she said.

Raised by her great-grandparents, Kayla grew up a non-denominational Christian. Some churches in her experience were contemporary; others were older A.M.E. churches.

Her predecessor at Trinity had “impeccable tastes” in music, Kayla said, and compiled an impressive library of worship music in a career spanning more than a quarter century.

Kayla is now drawing from that store of music and is also adding “some of the music I grew up with.”

On Sundays, the choir sings three hymns during the service.

Occasionally, a fourth is sung before the sermon.

Rehearsals are Wednesdays from 7:30 to 8:30 p.m. Kayla said the number of singers on Sunday may vary from week to week.

Last Sunday, there were five vocalists in the choir.

Kayla has always been the vocalist taking her cues from a director.

It is different now.

“A director has a sound they want everybody to produce,” she said. “It’s been an interesting take so far.”

That’s because as a vocalist, her sole task was to deliver the singular sound the director wanted.

Now she draws on years of experience performing in choirs  to direct other vocalists.

“I’m willing to give it my best shot,” she said. “It’s rewarding to know they can create a sound that’s gorgeous. They are a hoot and I enjoy working with them.”

Kayla will graduate in May 2022. Due to her grandmother’s declining health, she plans to remain in the area and work on her master’s degree.

Eventually, she wants a doctorate in musicology with an eventual goal of becoming a professor and scholar, teaching at the college level.

Her days are long and that’s of her choosing.

She was still in high school when she heard of a school without a music program during her senior year.

She begged, pleaded and figured a way, convincing the school officials to allow her to teach music three days a week to kindergarten through third grade, as well as special education students.

As a high school junior and senior, she also directed a children’s chorus at church.

In addition to leading the choir at Trinity, she teaches piano, voice and music theory in a studio at the grandparents’ home.

She also teaches voice and piano at the Norman Music Institute.

All this while carrying 17 to 23 hours a semester at OU.

Of Trinity, she said she will remain as long as she is at OU. She has found the congregation very warm and welcoming.

In such spare time as her schedule allows, she is working with a friend to compose an opera and is also rehearsing for “No Justice, No Peace,” an opera scheduled to be performed on Juneteenth 2022.

She has a favorite hymn –
“It is Well With My Soul” – and marvels at the heartbreaking story behind it.

If being a choral director has a downside, it is having to be “very, very prepared.”

Trinity has an organ which Kayla hopes to utilize in the future. And she’s aware of the cantatas sung at Christmas and Easter.

She hopes to bring in other instruments played by friends from OU so the congregation can experience what a full cantata feels like with instruments.

“I am incredibly picky about music,” she said, “and I need to find a cantata I like.”